The papers were signed and the deal was done. STAAR Theatre, a community theatre group that had outgrown its old space to the point of even breaking fire codes, had just found a property into which they could grow.

After signing by the “x”, Tammy Pierchoski, Executive Director of the STAAR Theatre (Southern Tennessee Area Arts Repertory) and the Board of Directors, walked around to the outside entrance and stepped up the stairs to the second floor with the former owner, Mr. Parr.

There, they removed a tiny nail that was barely holding two oversized pillar doors closed. Neither Mr. Parr nor Tammy really knew what was on the other side.

The doors opened and Tammy burst into tears upon first glance. In shock, Mr. Parr said,  “It looks like you found your new home.”

Not many people know that the STAAR Theatre was housed downstairs in what was once a magnificent opera house, originally named Antoinette Hall. It was built in 1868, just a year after a fire ravaged the Giles County Square in Pulaski, Tennessee.

Imagine. It’s Christmas Eve 1868. Only three short years after the Civil War ended and only one year after a disastrous fire on Main Street, Antoinette Hall finally opened after a year of construction. After a year of construction, the community said to have been “clamoring for amusement,” celebrated the grand opening with wine fountains flowing. Community seats on the lower level were 75 cents. Tickets in the stunning balcony? A whopping $5.

However, not all performances were met with standing ovations. In 1871, the infamous Davenport Brothers came to Pulaski to perform their famous box illusion. The stunt involved tying the brothers up inside a box with musical instruments. Once the box closed, the instruments would sound from inside of it.

When the box opened, the brothers remained miraculously tied in their original positions. Witnesses were led to believe supernatural forces had caused their trick to work.  P.T. Barnum, showman extraordinaire, would later include the farce in his book “The Humbugs of the World”.

Of the dozens of performers who graced the Opera House stage, perhaps the best-remembered is Blind Tom.  Born blind and with limited use as a field or house slave, his fate might have been very different except for the musical genius he displayed as a small child in Georgia. In 1850 he was sold away from home and family to new owners who hired him out to concert promoters.

On stage, Tom proved his value, earning the promoters and his owners the equivalent of $1.5 million a year.  Through the years he saw almost nothing of these earnings himself. The bulk of his fortune was divided between owners and a succession of greedy promoters who billed him as a “Barnum-style freak” in their traveling shows. He died in 1908 after a lifetime on the road and with a repertoire of over 7,000 songs, all learned by ear and played from memory.

Though the condition was neither defined nor labeled in Tom’s day, it is now believed that in addition to being blind, he was very likely autistic.  His poignant story was immortalized by Sir Elton John in the 2013 song “The Battle of Blind Tom.”

Today, Tammy lights up when talking about STAAR. Through her nine years as Executive Director, she and her all-volunteer team have proven a point – community theater is sustainable. This is good news considering the multistep renovation isn’t going to be easy… or cheap. STAAR Theatre is working with a Nashville architectural firm that will aid in this process. The first phase will be stabilizing the almost 150-year-old Opera House as it is currently being supported by cables.

A few years ago, country music artist Eric Paslay shot the video for his song “She Don’t Love You, She’s Just Lonely” at the Opera House. Before filming began, engineers were brought in to see if the cables could temporarily be taken down for the shoot. The answer was a quick “No, you may not. And you better secure this place… and fast.”  Tammy describes this moment as the “flame that started us on our path” [to restoration].

The ultimate goal is to have the STAAR Theatre serve as a regional multi-cultural arts center. When Antoinette Hall made its grand entrance, it brought a surge of commerce and visitors to the town. One can only imagine what a grand reopening could do for the Main Street district of Pulaski.

Tammy adds, “For more than 200 years, Pulaski’s public square has continuously maintained a healthy mix of retail, professional and governmental occupants. STAAR Theatre has returned the arts back to the community’s main street. Restoration of historic Antoinette Hall and its reuse as a regional center for the arts would ensure the vitality of arts education and programming for generations to come.”

Currently, the STAAR Theatre has “Beauty and the Beast, Jr.” in production. There are 101 in the cast, with 60 under the age of 12. On show nights you can find  Tammy in the ticket booth… but only after she’s taken a stroll through the parking lot to read the license plates and marvel at where all the cars are from, and then taking a moment to pause in gratitude.

Visit the STAAR Theatre and Center for the Arts / Antoinette Hall online HERE to keep up with the event calendar and preservation progress!

Do y’all have any hidden treasures like this in your town? Let’s hear about it in the comments below:

We love a good camp mug and this one is our new favorite! Keep your coffee warm in our retro-inspired speckled ceramic mug. SHOP NOW 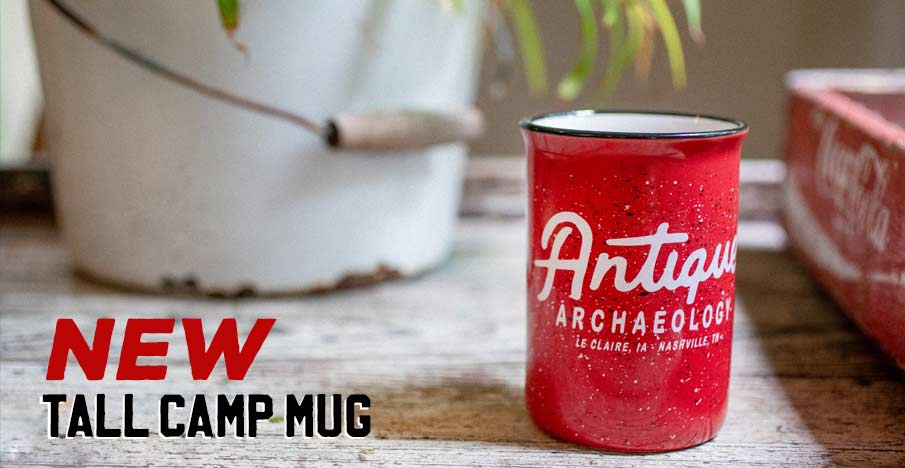