Mike considers the open road a place where the mind and spirit run wild, where creative juices flow, and you see the world in new and exciting ways. The feeling is mutual with singer, songwriter Alyssa Bonagura. The two friends, who relish in the idea of two lanes freedom, met when Mike and his family first moved to Tennessee. He believes it’s her experiences on the road and interacting with people from all walks of life that make her “a great storyteller with an old soul”.

“My love for the open road is how I imagine a bird’s love is for its wings,” says Alyssa. “To be able to travel the world doing what I love… to just get up and go and learn along the way. There’s no better form of education or food for the soul. I was born to travel and be a gypsy soul.”

Alyssa Bonagura was only three weeks old when she began touring. Guess you could say she was seriously into the band, or as she called them, Mom and Dad. Growing up on the open roads of America, with her RCA country recording artists parents, Baillie & The Boys, made it impossible for Alyssa not to witness the power and magic of music.

By spending most of her childhood touring, never being in the same city longer than a few days, and growing up without siblings, Alyssa transformed herself into a young musical prodigy always pickin’ on a guitar and scribbling phrases into potential tunes. Years of touring and learning from people along the way led to performing Christmas duets, as a child, with Kenny Rogers, and writing Top Country Billboard songs in her 20s. She has also performed at Glastonbury, Knowsley Hall, Bonnaroo, Sundance, and most recently, the CMC Festival in Australia. Alyssa’s soulful music and powerful lyrics will send you jet-setting into a broad range of human emotions.

Her incredibly unique experiences abroad inspired her debut album, The English Diaries, which she wrote while attending Paul McCartney’s Liverpool Institute for the Performing Arts. She toured Europe playing intimate, acoustic collections of songs she recorded alone in her flat before eventually performing privately for the Queen and rocking out with Ringo Starr.

When she left London to return to Nashville, Alyssa released her sophomore album, Love Hard, signed a publishing deal, and landed one of the biggest nationwide commercial placements of 2012 with her song, “I Make My Own Sunshine”. It was featured in a Lowe’s commercial, earning it 50,000 downloads and more than 1 million plays on Spotify. She had no idea at the time that her song would later appear on Steven Tyler’s first-ever solo album, We’re All Somebody From Somewhere and that she would be the only solo writer on the album. Girl power, indeed.

After recently returning from a European tour with The Sisterhood, Alyssa is busy promoting her solo album, Road Less Traveled. To give her current single “Rebel” an extra personal touch, the music video was filmed in her backyard in Franklin Tennessee and directed by her friend, Dallas Wilson. (You can vote to see “Rebel” on the CMT Countdown, too!) Check out the beautiful video about finding yourself and paving your own two lane road below.

Alyssa’s many other accomplishments in the singer/songwriter community include: Writing with Jeffrey Steele, Hunter Hayes, and JD Souther, writing three songs on Jessie James Decker’s album “Comin’ Home” and co-writing her current country single, “Lights Down Low”, winning Canadian songwriter of the year and song of the year for the song “I Only Smoke When I Drink” by the Small Town Pistols, co-writing “Circles” on Jana Kramer’s newest album “Thirty One” and also “This Christmas” with her, her dad, and Matthew and Gunnar Nelson hitting #17 on the Billboard Hot AC chart. She also had three #1 hits in Australia with Morgan Evans and Chelsea Basham.

Her music is on a steady climb to the top of charts, encouraging all who listen to live boldly and to continue making their own sunshine wherever the road takes them.

Keep up with Alyssa Bonagura on:

Summer is a good time to groove to new music and discover new roads. Explore the new and unknown on Two Lanes in a USA-made, vintage-styled motorcycle tee. 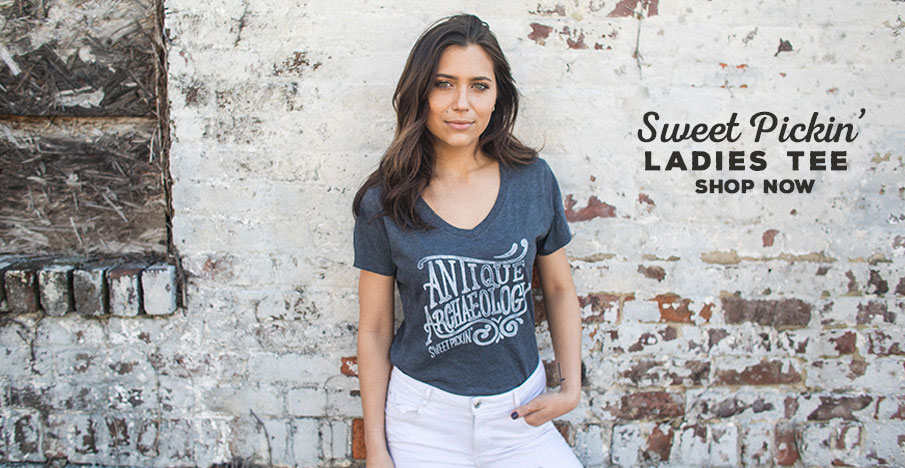