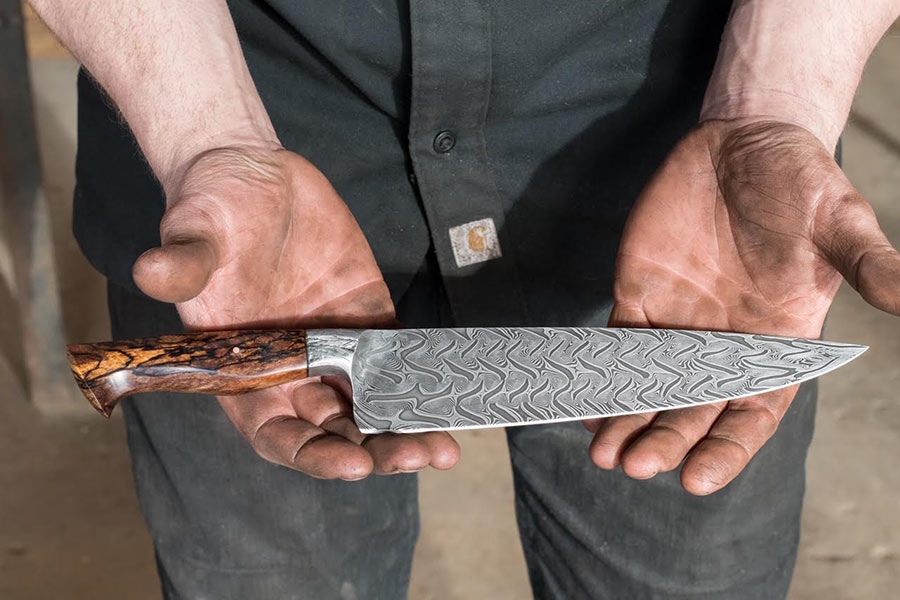 After leaving a job in the Ohio oil fields, 26-year-old Andrew Wasnac blazed his own path as a bladesmith

Inside the detached garage off his house in Akron, Ohio, you can smell the burning coal. Open the door and you’ll see Andrew Wasnac forging a hot piece of iron on an anvil resting on an old tree trunk. There’s an American flag proudly displayed on the wall and a pile of homemade tongs in the corner. This is Colony Knives — where Andrew taught himself how to twist and stretch steel.

If you were going to start a new project, like restoring a car, you’d go to the store to pick up some tools and parts. Bladesmiths can’t do that — Their tools are obsolete. This means every vice, clamp, even the forge in a bladesmith’s shop is built by their hands before they can even start making an actual knife. 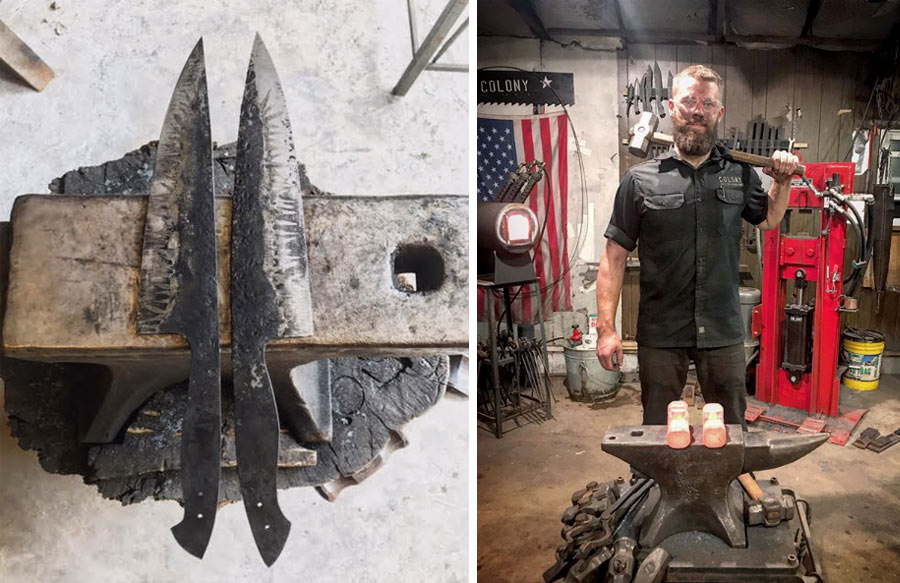 “I’ve been forging knives inside my garage for about three and a half years,” explains Andrew. “I used to sling a sledgehammer out in the oil fields. I always felt like I should be using this tool for myself not someone else. I left the fields and dove into blacksmithing and never looked back.”

It took him a few tries to get a handle on the entire process but once he did, he realized the potential of what he just tapped into. The stuff we buy in stores is junk.

“I became very frustrated with the downfall of quality tools available today. Forging American steel blades is my way of reminding people of our roots while honoring the traditional techniques of bladesmithing. At one point in time, it wasn’t possible to just go out and buy something. If you wanted it — you had to make it.” 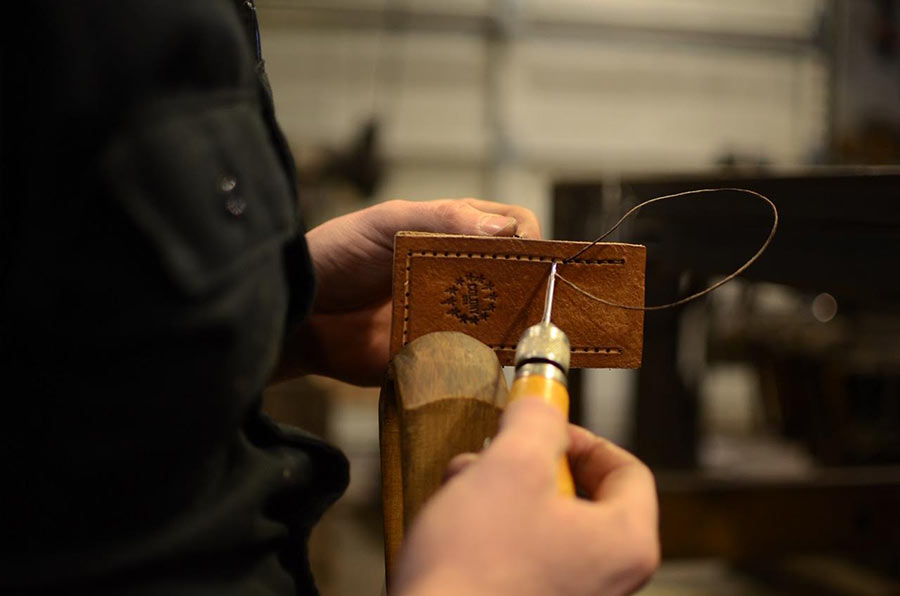 That being said, not only is Andrew and bladesmith, but he also has to be a woodworker to make the handles, and a leatherworker for the sheathes — because you can’t send a knife out without a cover!

Born and raised in Akron, Andrew takes great pride in basing his American-made brand in his hometown, especially with Goodyear Headquarters right down the road.

Andrew has such respect for the American work ethic and perseverance, that he even included 13 stars for the 13 original colonies in his logo. It was actually his fascination with history that led him to his bladesmithing path. 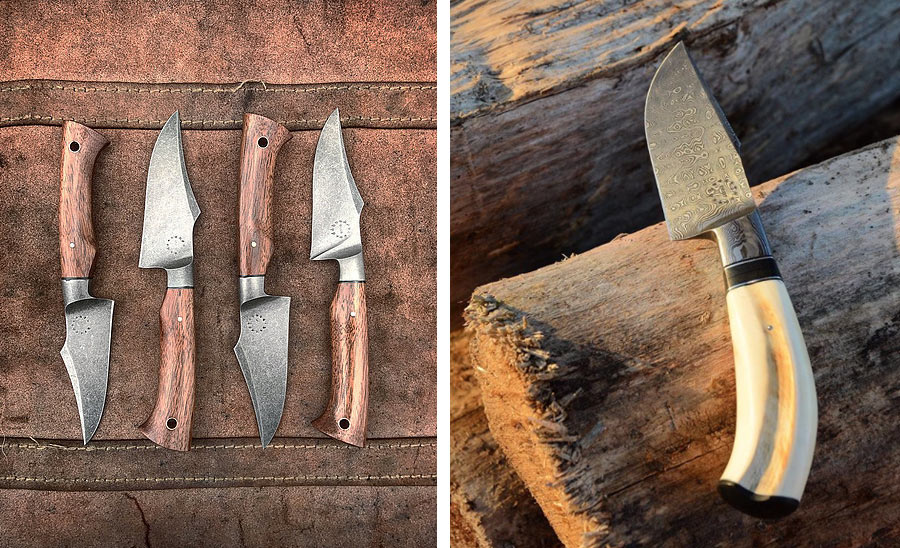 “I grew up in a household of antique enthusiasts and was always traveling to fairs and festivals where there was a live blacksmith. It was guaranteed that if my family couldn’t find me, all they had to do was follow the smoke and smell of coal. Even so many years later, it is a love that has never dulled.”

Speaking of things that *aren’t* dull, you should watch how Andrew tests the integrated bolster blades of his knives. His tester videos on Instagram are satisfying enough for any craftsman to appreciate.

“When it’s time to test the knives, I do a series of bend, flex, hardness, and retention testing. Each piece I make is tested according to what task it’s designed for. For example. A kitchen knife will be tested for proper geometry and sharpness by slicing food, like tomatoes. If the knife can slice through a tomato sideways without having to hold it down, then it passes.” 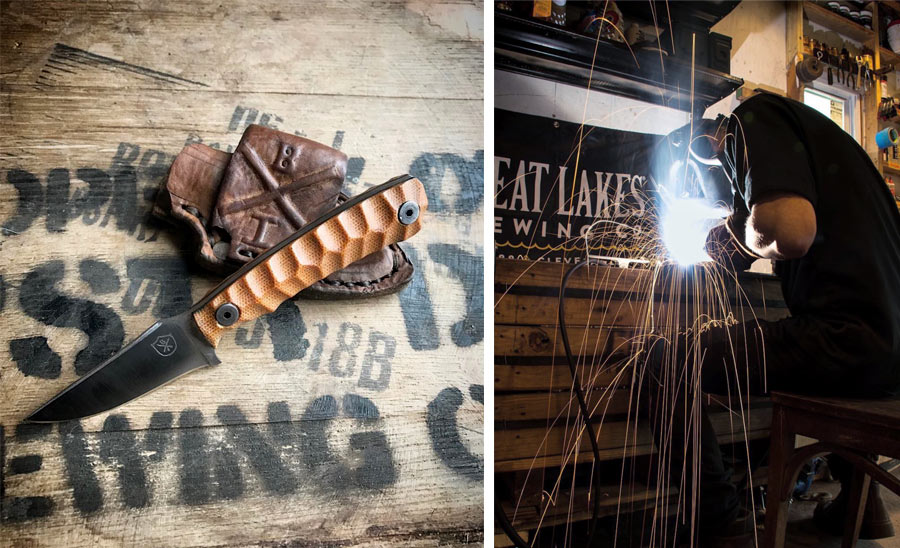 A bladesmith has to be resilient because there will be days when you’ve been dodging sparks for weeks on a single pair of tongs or get stung by a hot iron.

“You gotta think 20 steps ahead when manipulating iron. I’ve had moments where steel has shattered like thin ice across my calloused hands. It infuriates you. 100 hours of work in pieces on the floor. You throw your tools in the yard and kick the grass, but you know you’re just gonna pick them up and try again. If you’re proud of what you do, then the fear of failure doesn’t distract you from creating something that will be a family heirloom for generations to come. That’s what keeps me motivated in moments like that.” 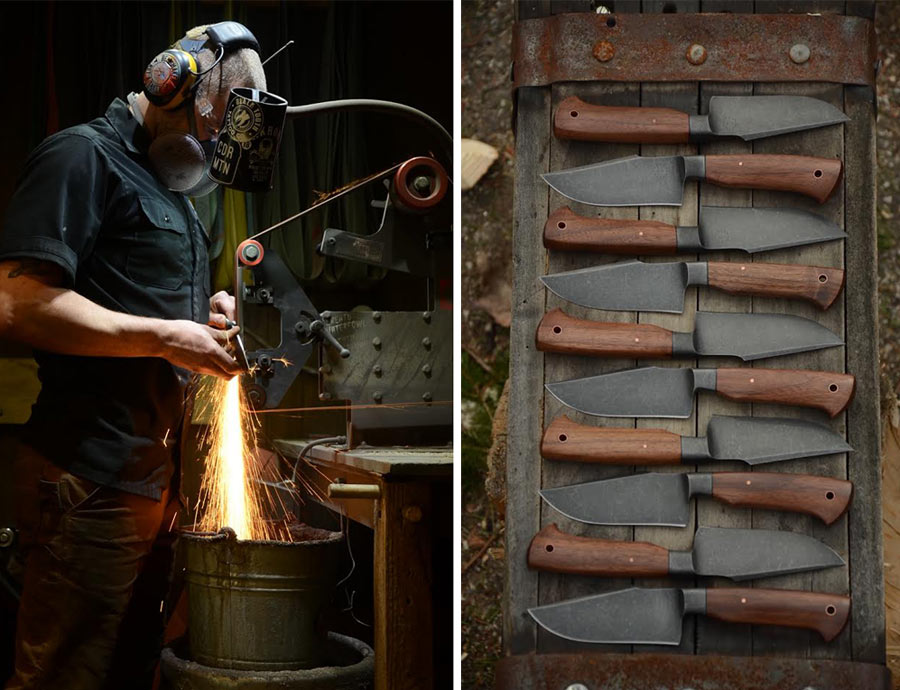 There a lot to be said about someone who is so young who, in a time of instant gratification, appreciates the low and slow approach. The art of working with your hands is making a comeback with this generation of makers, and Andrew is here to participate.

“Life on Two Lanes means to me that, in my craft, one lifetime would never be enough to learn and master all the different techniques of blacksmithing and bladesmithing. Having to start from scratch with my craft by building my own tools, has shown me the importance of self-reliance as well as quality in all that I do. American goods can be difficult to come by these days. I started Colony Knives to be part of something our founding fathers would have been proud of. I’m in for the long run and proud to do what I do.” 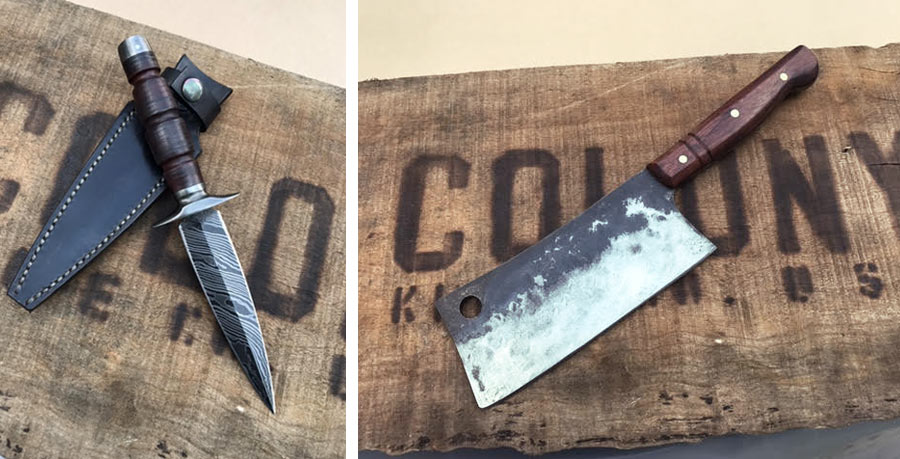 The perfect gift for anyone that loves working outdoors, or in the garage with their hands. SHOP our suede tan work gloves NOW! 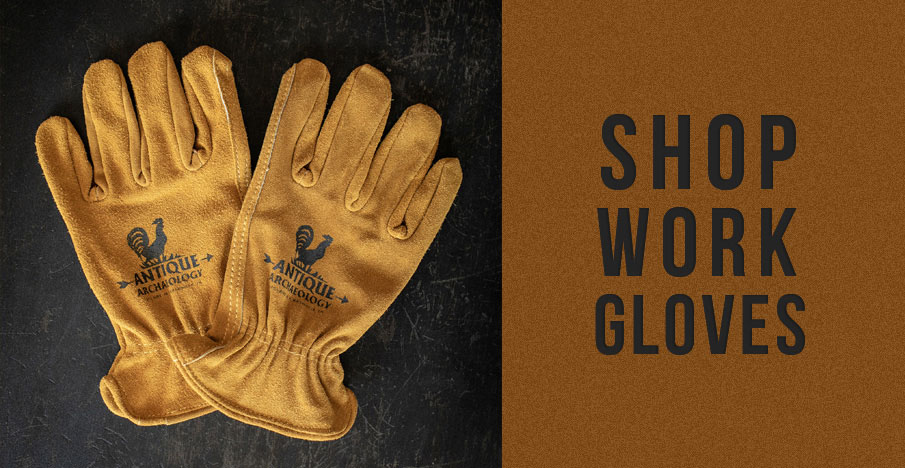