Previously published on Quad-City Times by Alma Gaul on May 23, 2021

Mike Wolfe, creator and executive producer of the hit cable show “American Pickers” showed up Saturday at Davenport’s historic Antoine LeClaire House to donate to its collection a plaque that once hung on LeClaire’s first house that no longer exists.

Wolfe spotted the bronze marker last fall, sitting on the floor of Grasshoppers, an antique store in LeClaire. As he read the text, he recognized the plaque was associated with an important piece of Davenport history and that it should be displayed in a place where the community has access to it and can see it.

The existing Antoine LeClaire House at 630 7th St. came immediately to mind and, on Saturday, Wolfe placed the plaque in the waiting hands of Karen Anderson, a Davenport resident who has championed the restoration of the LeClaire House since it was taken on by the city as a Bicentennial project in 1976, and who gives history programs there. LeClaire, along with George Davenport, was a founder of the city and a gifted linguist who provided interpretation for 22 Indian treaties the length of the river valley.

“Community history is so much more important to me than national or world history,” Wolfe said, standing in the mansion foyer with a walnut staircase rising behind him. “Don’t get me wrong, I think those subjects should be taught. But community history gives you more of a sense of pride and understanding of where you came from.” 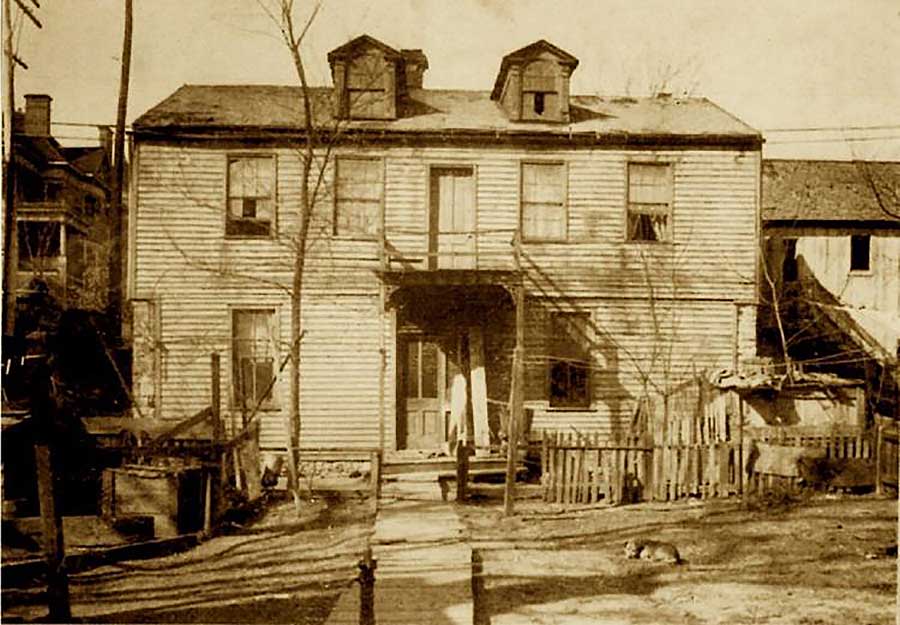 The plaque was made in 1925 by members of the Hannah Caldwell chapter of the Daughters of the American Revolution and was installed on what was called the Treaty House. The 60-foot by 20-foot house got that name because it was built on the exact site of the signing of the Black Hawk Purchase Treaty on Sept. 21, 1832, at what is now 5th and Farnam streets, Davenport.

Nearly 1,000 Sauk and Fox (now called Meskwaki) Indians attended the three-week treaty negotiations, covering the hillside and riverfront. The treaty, following Black Hawk’s defeat, was significant because it opened for settlement some 30 million acres of land. In other words, the rights of title to much of the state of Iowa were decided on that very spot in Davenport.

Anderson, who has spent much of her life researching LeClaire and Quad-City region history, said Chief Keokuk – who, along with Chief Wapello signed the Black Hawk Treaty – insisted that LeClaire build a house on the treaty site to commemorate the occasion.

LeClaire did so, and lived in it for about 25 years when he donated it for use as a railroad depot, the first west of the Mississippi. The first railroad bridge across the Mississippi River was built in Davenport in 1856. LeClaire then built the big, brick Italianate style house with the tower on top that exists today.

In time, bigger depots were built, and the Treaty House was moved aside and finally off railroad property all together. In 1923, members of the DAR recognized its significance and acquired the building to be maintained – as stated on the plaque Wolfe donated — “permanently by them as an historic shrine of early Iowa days.” Members furnished the building and held public events there. 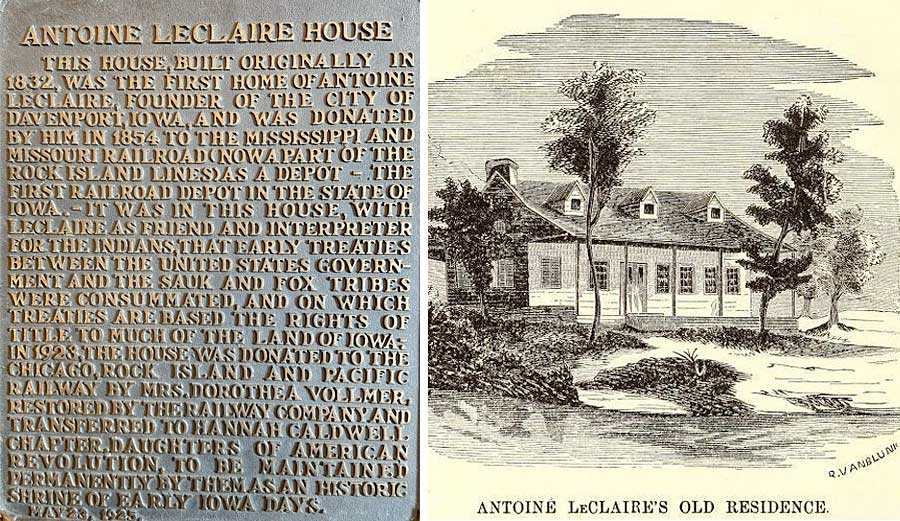 In the 1940s, the building was transferred to the city of Davenport and moved to the grounds of the Davenport Public Museum, a precursor to the Putnam Museum, at 7th and Brady streets, according to research by the Richardson Sloane Special Collections Department of the Davenport Library. And in the 1960s, there was discussion of moving it “up the hill” when the new Putnam opened at 12th and Division streets.

That did not happen, though, as the Treaty House and the old museum buildings were demolished after the new location opened. A few years previously, the authenticity of the Treaty House was questioned, as its appearance had changed, both inside and out, from when it was built.

While the authenticity question may never be answered, it’s clear that all that remains of the Treaty House today are an engraving and a couple of photos. And, now, the plaque.

Rodney Collier, owner of the Grasshopper building, said he got the plaque from an acquaintance who bought it at an estate sale and told him about it because she knew of his love of history.

Wolfe said he hopes the donation draws attention to all the hard work, time and money that went into preserving the existing house by the city and by individuals such as Anderson. “There are a lot of people who throw out ideas, but there are not very many who take the bull by the horns and really do the work. I wanted to bring this (plaque) home to shine a light on the hard work that’s been done.” 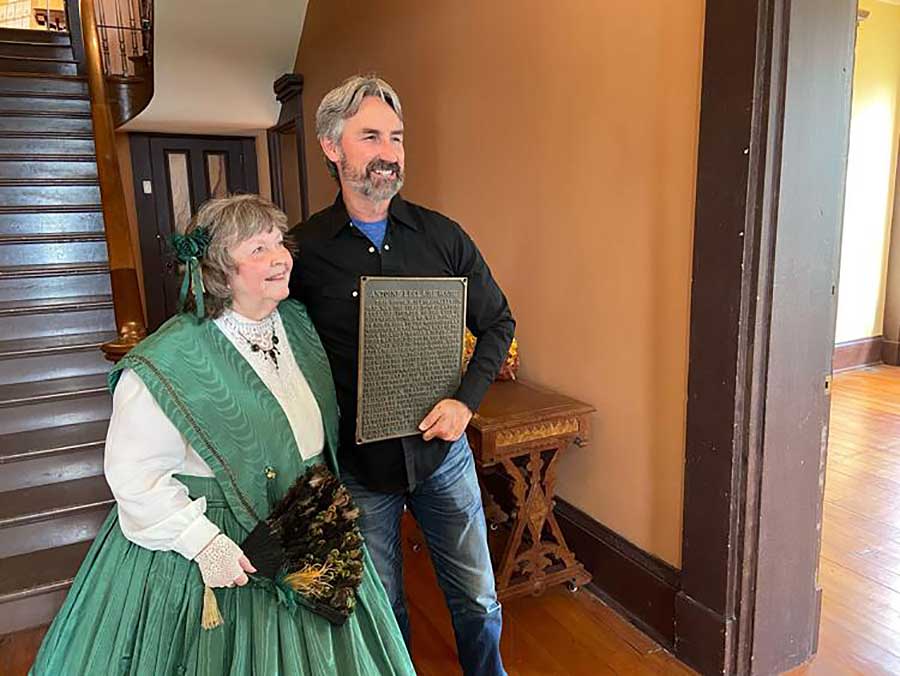 Records indicate that there were two plaques on the Treaty House. The other stated: “Home of Antoine LeClaire. Founder of Davenport. Treaties with Sac and Fox signed here. Used as first depot west of the Mississippi by Rock Island Railroad in 1854.

That one is still out there.

Inspired by the old, rusty signs Mike picks out on the road for American Pickers–our new embossed metal sign is just what your garage or man cave is missing! Featuring our famous rooster logo, locations, & “Home of the Pickers.”  SHOP NOW!