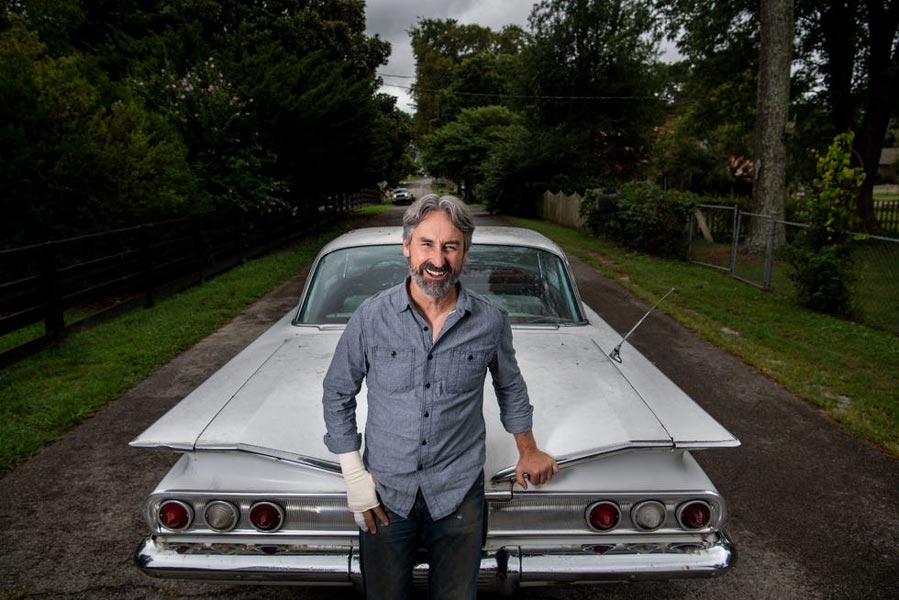 American Pickers’ Mike Wolfe: ‘I probably wouldn’t have the show if it wasn’t for Nashville’

He fell in love with a lower Broadway honky-tonk on a cross-country trip, and after that, Wolfe started collaborating with Music Row, moved here and became an ambassador for small-town Tennessee

Like tens of thousands of tourists before him, Mike Wolfe was blown away when he walked into Robert’s Western World.

A band played Johnny Cash and Hank Williams songs. Rows and rows of cowboy boots lined the walls. Patrons at the bar sipped from 16-ounce cans of Pabst Blue Ribbon and ate burgers.

“I was like, holy s***, this is legit,” Wolfe said. “It was everything I’d ever conjured in my mind of what a honky tonk would be.”

It was 2001, about eight years before American Pickers was on TV, when Wolfe — a successful antiques dealer —was on an 1,100-mile motorcycle ride from his hometown in Iowa to North Carolina.

Wolfe ordered a burger and stayed about 30 minutes listening to the band before getting back on his bike and riding down the road.

The experience stuck with him, though, and it kicked off a relationship with Nashville that helped launch his successful History Channel show.

American Pickers debuted in 2010, and a year later, Wolfe moved from Iowa to Leiper’s Fork, opened an antiques store in Nashville and turned into a celebrity hype man for small-town Tennessee.

Part of that effort is his desire to give back to the area that helped him launch American Pickers: “I probably wouldn’t have the show if it wasn’t for Nashville.”

And part of it is that Wolfe, 56, really believes in revitalizing small, charming, rural towns. After all, he came from one.

Wolfe grew up in Bettendorf, Iowa, which is about the size of Mount Juliet, Tenn.

His dad left when he was two and his mom struggled to raise Wolfe and his two siblings on her paychecks from her factor assembly line job.

As a young man, Wolfe yearned for a sense of belonging, and he found it 11 miles away in the tiny town LeClaire, Iowa. He was an antiques dealer there, and served on the volunteer fire department, which needed a new ladder truck.

The other firefighters told Wolfe — because he was single with no kids — he should run for town council and get them a new truck. Wolfe thought they were crazy, but, intrigued, he decided to go to a council meeting.

“There was some land dispute, and it was packed in that room. I couldn’t even sleep that night!”

With the firefighters’ help, Wolfe got 430 votes, badly beating out a lawyer for an open council seat. He bought a big riverboat captain’s house for under $80,000. He immersed himself in the town’s history. And the elders took him under their wings.

“People there were like family to me,” Wolfe said. “All of a sudden, you feel like you’re part of something.”

Wolfe has been hooked on small towns since — even more so as Wolfe has driven a van to thousands of them for more than 25 year of “picking” antiques.

Before the show launched, he started coming to Nashville regularly after his visit to Robert’s Western World. Nashville antique stores were “eye opening” in how different they were from the ones he saw elsewhere.

“It’s first time I ever saw a concentrated area of designers and decorators with retail spaces, letting people walk into the aesthetic,” he said. “I was blown away by level of retail and level of branding these dealers were doing in creating experiences.”

Wolfe started buying antiques in Nashville once a month, selling at the flea market at the Tennessee State Fairgrounds, meeting people from Music Row and renting vintage props for some country music videos. 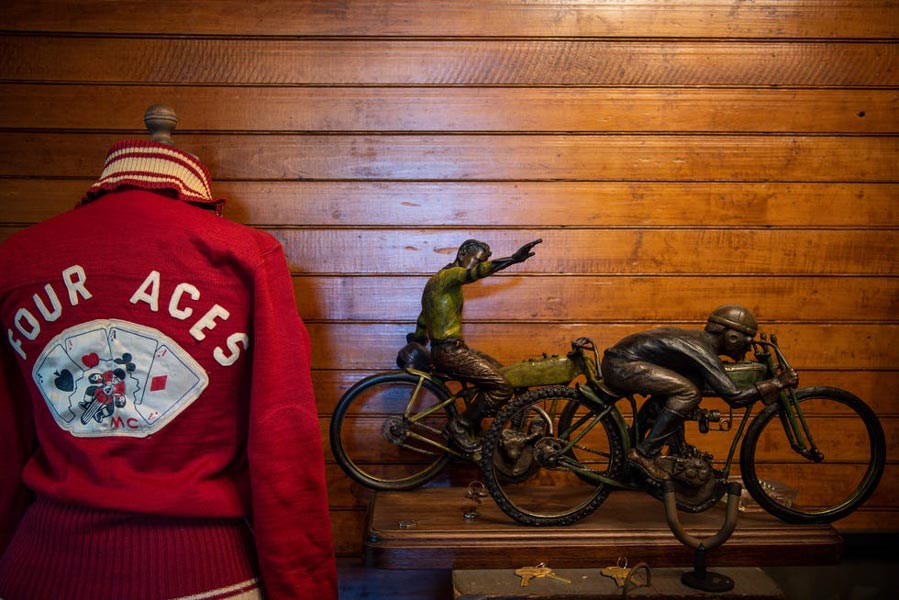 That’s when Wolfe came up with the idea for American Pickers. And it was his new Nashville friends in video production who helped him create it.

He hired a Nashvillian to write an outline for the show to pitch to production companies, which in turn pitched it to cable networks.

Wolfe started shooting his own video in Iowa and getting feedback on it from Nashville friends. And then he landed a deal with History Channel.

The show launched in 2010, and within a year, Wolfe had more friends in Tennessee than he did in Iowa.

Wolfe chose to live in the charming Williamson County hamlet of Leiper’s Fork. After nearly a lifetime in Iowa, Wolfe said, “it actually felt like I was moving home.”

Wolfe moved to Leiper’s Fork as a celebrity because his show blew up in the first season, drawing more than six million viewers an episode. He joined other stars including Michael McDonald (The Doobie Brothers) and Sheryl Crow in what they all called “the Fork.”

But it was Wolfe’s newborn, Charlie, who was the star as she was one of only three babies — the “Fork babies” — in the hamlet.

“This community put their arms around me and my family wholeheartedly,” he said.

Wolfe said he appreciates that everyone in Leiper’s Fork knows him —not because he’s famous but because everyone knows everyone.

“I walk into Country Boy [diner] and they bring me my breakfast without me ordering,” he said.

“Ms. Rose’s jacket still hangs on her stool at Country Boy even though she died three years ago. Where else can you have that kind of experience?”

It’s exactly those kind of experiences Wolfe is trying to replicate now in his nonprofit venture, Nashville’s Big Back Yard.

Wolfe joined longtime Tennessee preservationist Aubrey Preston to encourage people to move to — or at least visit — a dozen small Tennessee towns between Nashville and Muscle Shoals, Ala.

That effort makes even more sense during the pandemic as more people work remotely. Wolfe is joining dozens of small-town chambers of commerce across the country to get folks to move to rural America to revitalize it. 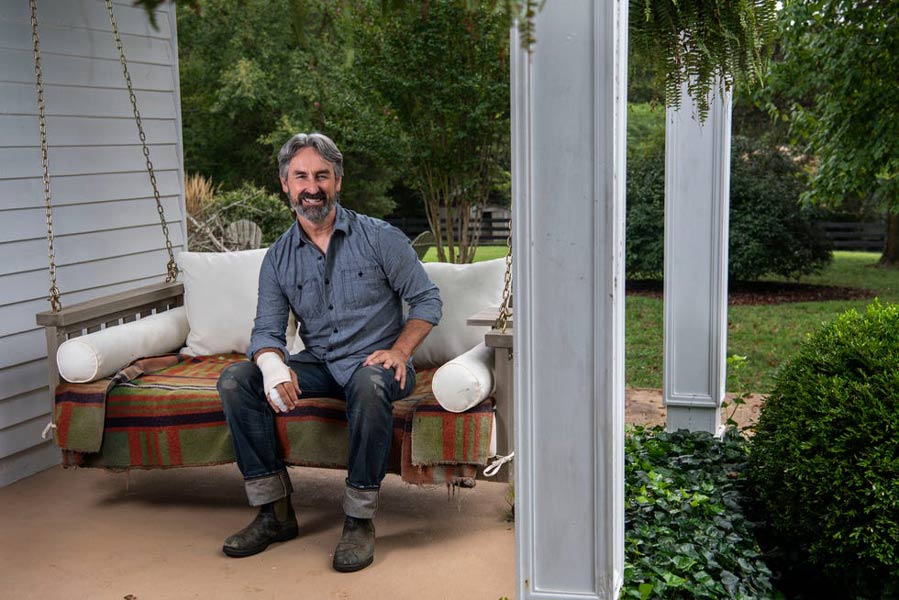 “These places and these people are extremely excited about their future for the first time in a long time,” he said.

“The charm and the history can’t be found anywhere else. But there are so many shuttered storefronts and dilapidated properties,” he said.

“I’ve seen so much devastation under what I call under our watch. The government has offered incentives for companies to move into rural areas.

Among the 12 towns Wolfe’s nonprofit is promoting are Waynesboro, Hohenwald, Linden and Centerville.

“Go visit. A visit is the start” Wolfe said. “These charming places you imagine, they still exist. Get off the travel apps. Take a two-lane road and travel and stop where you want to eat and stay where you want to stay.”

Then consider moving there, he said.

“When you’re in a small town, you feel like you’re part of something bigger than you. It’s a sense of community we’re constantly longing for.” 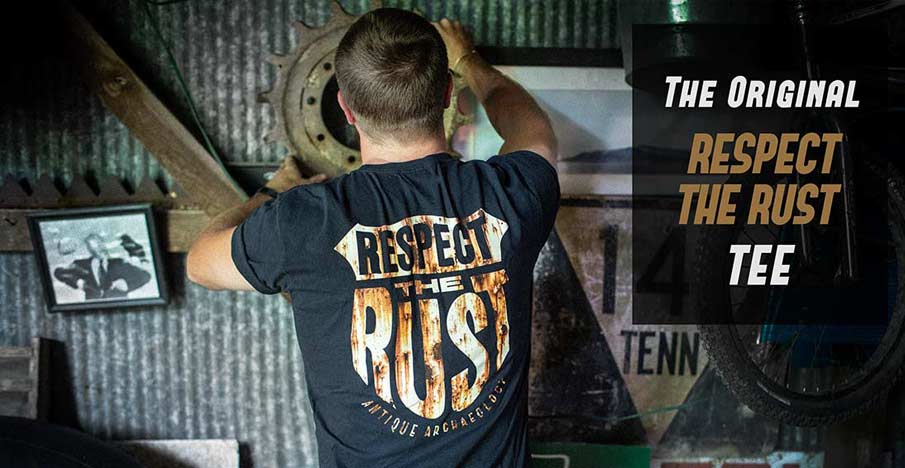 9 thoughts on “The Tennessean: American Pickers’ Mike Wolfe: ‘I probably wouldn’t have the show if it wasn’t for Nashville’”