For the first time in eight decades, Lee Burt, 87, is seeing photos, long thought to be lost, taken by her husband Ray and other talented photographers of the late Orman Studio, but now beautifully framed and hung on a gallery wall in the Two Lane town of Columbia, Tennesee. Sauntering slowly about the room, she pauses to tilt her head in reflection. She walks over and gently places her hand upon the very same 1945 L.F Deardorff 8X10 camera Ray would cart around to weddings, local events and schools, as he documented the lives in this small American town.  A smile lights her face as she sees his lifetime of work on the walls in front of her. Ray would have loved to have seen this. 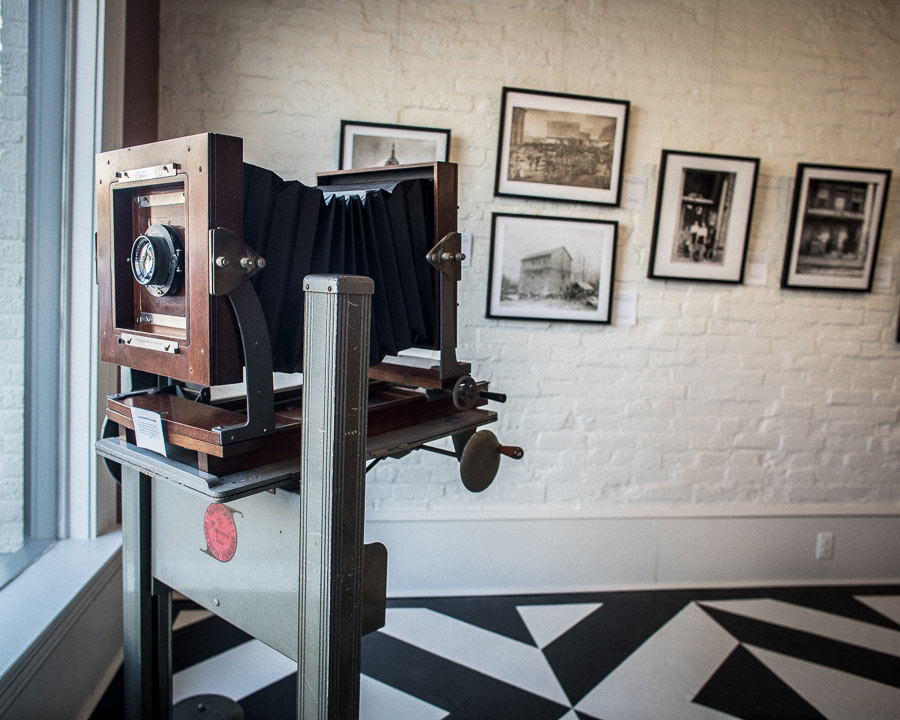 Her husband had been the apprentice of W. A. Orman, a well-known photographer in Columbia, who began documenting the history of the community in the 1920s. Seeing potential in the 17-year-old, Orman took Ray under his wing in 1947, training, collaborating with and finally handing over his legacy to the younger man. Ray shouldered the responsibility and carried the legacy until his own death in 2011. His passing left Lee with the task of packing up the studio and it was during that difficult process that she uncovered boxes filled with hundreds of thousands of sheets of dark glossy film and stacks of glass slides.

In her grief over her husband’s death, she thought about selling the negatives to a company that would melt them down for silver, but after David White, a local photographer, showed her the history captured on those sheets and slides, she decided otherwise. For the first time in decades, these images were held up to the light, revealing the weddings, the families, the presidential visits and the unique look and feel of this small southern town.   White purchased the photos from her and took them to a Columbia couple who he hoped would be able to attach stories to the images.

Marketing executives Joel Friddell and his wife Kim Hayes had been looking for a new project. Both had ties to the community and wanted to give something back, so as a gesture of their love for Columbia, they collaborated with White, carefully developing the vintage negatives and finally, in 2017, opening The W7thCo Gallery, where the legacy of the town and the faces of those who contributed to its history would be preserved and honored.

And quite a history it has.  Before the Louisiana Purchase in 1803, Columbia marked the western frontier of the young United States.  As one of the country’s last outposts, the town grew influential and wealthy from trade, a beginning hinted at by the beautiful architecture still found in the small town.  It was also for a time the home of James K. Polk, the 11th president of the United States.  And it had its unique community traditions like Mule Day, all documented over nearly a century by Orman, and then Ray and the other photographers who worked for the studio.

Located in a building dating back to the 1880s, the space had been everything from a jewelry store to a grocery store, but for the last 20 years, it was David White’s camera shop. While Joel and Kim got to work renovating the space, including their apartment above the gallery, David got started sorting and developing the negatives.

David carefully transferred the boxes of negatives to his darkroom studio in his great-great grandfather’s cabin. He spends hours cleaning and separating the film and slides and then hand-printing the photos onto archival cotton fiber paper.

“What David does requires an expert skill set and an artistic eye, and comes only with years of working with film,” explains Joel. ” He has a true understanding of light and timing. These images he’s developing are so crisp you can read the buttons on a gentleman’s overalls!”

While David develops the prints, Joel and Kim put their digital and marketing background to work scanning and uploading the images into an online database. It’s their goal to not only offer you physical prints in their gallery but to eventually allow you to type in your family name on their website and find images of your ancestors.

Right now there are more than 700 photos available for viewing online, more than 10,000 photos researched, and still thousands to go! 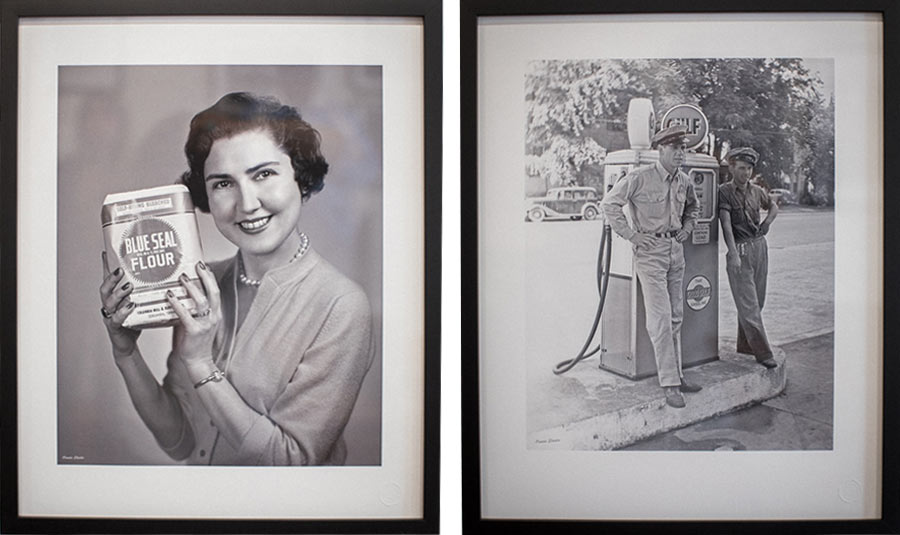 A preservation project this big has captured broad community interest in Columbia’s history and culture.

“This is something we can’t do without the participation of the Columbia community,” says Joel. “We have a large book just inside the gallery door where we invite all visitors to write down any information they may have about the photos.  At times we have folks come in with their own stories from being at the parades or shopping in the square. Some even point out their ancestors from their own personal family photos! Their testimonies allow us to connect the dots in this ever-developing matching game.”

Even if you don’t have ties to the Columbia community, these prints are simply works of art that anyone can appreciate. They are tangible pieces of American history, evocative no matter where your roots are.

“It’s upturning what I thought I knew about this town,” continues Joel. “Talking to locals and hearing their stories fuels my curiosity to go a little deeper. Leaning on them and my own research efforts have made me a prouder Columbian and better preservationist.”

What’s being done in Columbia is a great act of preservation, but it’s also a wake-up call. As we trek further into the future, we run the risk of becoming one of the least documented generations in history. Yes, we revel in shooting images of everything from our grandparents to our avocado toast, but when was the last time you valued one of those images enough to print it?   Everything we capture lives on our phones, in the cloud, or on a storage device that will soon be outdated.  Those pixels are temporary technology, unreliable as history and insufficient to pass on to future generations.

Everything we capture lives on our phones, in the cloud, or on a storage device that will be outdated shortly. Because of that, we run the risk of not passing down our own history and losing precious memories.

“I married Kim in the town square just across the street next to courthouse fountains,” recalls Joel. “Each time we walk past them, we kiss and reflect on another day together. We aren’t the only ones with memories like that in this town. In the same way, we hope our mission to publish and preserve the cherished moments of Columbia’s history allows others in the community to hold on to their own memories.”

It’s the small town gems like Columbia, Tennessee that call out to our longing for a connection to the past.   They ignite a desire to turn down those Two Lane roads and find our stories.

The W7thCo Gallery is FREE and open to the public Fridays, Saturdays, and Sundays. If you’re unable to visit, you can visit their website and even purchase prints online.

Joel Friddell and Kim Hayes outside W7THCo. Gallery in the historic district of Columbia, Tennessee.

After your gallery visit, we encourage you to go explore a little more! Good resources would be @muletowner or muletowner.com to find events, restaurants, and more for Columbia. See y’all there! 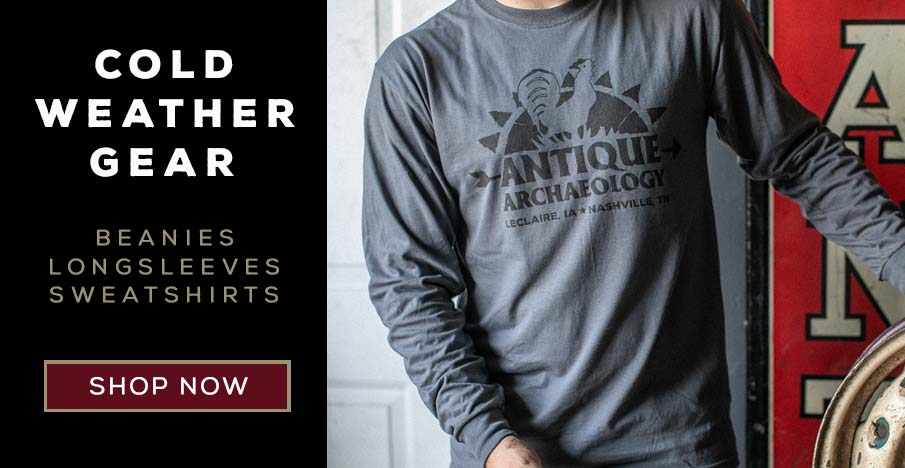 10 thoughts on “Decades Preserved In Print Out Of Forgotten Boxes”