The the next time you find yourself in New Orleans with an empty belly, head to 2301 Orleans Ave. There, you’ll find the most culturally historic restaurant in New Orleans waiting to serve you a history lesson and the best gumbo of your life. Honestly. Remember the name: Dooky Chase’s.

It’s 1941, and Emily and Dooky Chase Sr. open Dooky Chase’s, a bar and family restaurant, in the segregated South. The African-American community of the Crescent City, leaned heavily on the success of black owned businesses, like Dooky’s, to survive during a time when blacks couldn’t own banks. Because the restaurant was turning so much profit, each Friday, they were able to cash checks for Mississippi River workers needing to support their families. Friday nights at Dooky’s quickly became a hot spot where folks could dig into a po-boy and raise a beer glass to another work week off the calendar.

Moving ahead to 1946, where their son, Dooky Jr., marries Leah Lange Chase, a passionate food industry lover working as a waitress in the French Quarter. He takes takes over as the owner of Dooky Chase’s with Leah by his side. With her, Leah brought a brilliant vision to transform the restaurant into a fine-dining experience. And what should have been a wretch in the plan, played in favor.

With “Jim Crow” laws still in effect, it was difficult to embark on a giving the African-American community a fine-dining experience when there was no way of seeing what that looked/tasted like. Thanks to Leah’s job as a waitress, inside a predominantly white area of town, she could snap mental pictures, mimic methods, and apply them to the restaurant’s endeavors. As the wheels began turning, Leah headed into the kitchen to perfect the works: shrimp creole, gumbo, stuffed chicken, sweet potato pies, and red beans and rice.

Little did the couple know who was coming to dinner…

A significant part of Dooky’s history was written during the time of the Civil Rights era. While segregation polluted the minds of people to only serve and associate with the same race, Dooky’s had an open door policy, plating soul food for all. It was a safe place for both blacks and whites to meet and eat while they strategized petitions for peace. It wasn’t uncommon for men like Martin Luther King and the Freedom Riders to be found upstairs in the private dining rooms planning events and marches.

The open door policy was put into action because Leah knew she couldn’t do what they were doing. Feeding the brave was her contribution to their efforts, which later contributed to the success of the Voting Rights Act of 1965 and the Civil Rights Act of 1968.

Her gumbo fed more than just the the trailblazers and peace makers. Back then, musicians like Duke Ellington, Lena Horne, and Dizzy Gillespie couldn’t get enough of her creole cooking. Ray Charles even wrote a song about Dooky’s! (He was a sucker for the red beans.) Both President George W. Bush and President Barack Obama have gotten their etouffee fill and so have Hank Aaron, Quincy Jones, and Ernest Gaines.

Still today, Dooky Chase’s is a must for tourist and locals. We wouldn’t mind being a regular! (We’ll take a table by the window and bottomless bowls of jambalaya, thanks.)

Leah Chase, a pioneer in the African American restaurant world, has been cooking in the Dooky Chase’s kitchen for 62 years and shows zero signs for slowing down. Still today, you can find her and her walker taking a turn about the dining room to converse with customers, and then rolling back into the kitchen to stir something spicy and delicious. Known as the “Queen of Creole Cuisine” she has served some of the most historical figures that ever rocked a microphone, tickled the ivories, or held office. Leah Chase’s story is so special, that she was actually the inspiration for the very first African-American Disney Princess, Tiana, in “The Princess and the Frog!”

Because of Leah’s contributions, Dooky’s made history as one of the first African-American fine-dining restaurants in the country. This year, Leah will receive the lifetime achievement award from the James Beard Foundation for her culinary efforts and influence.

Who else is inspired and hungry for some good ole creole food? Let’s shout out some other historical places that make New Orleans such a wonderful city.

Take a sip out of our new handmade, ceramic mug! Inspired by the storefront signs we love on small town Main Streets. SHOP NOW 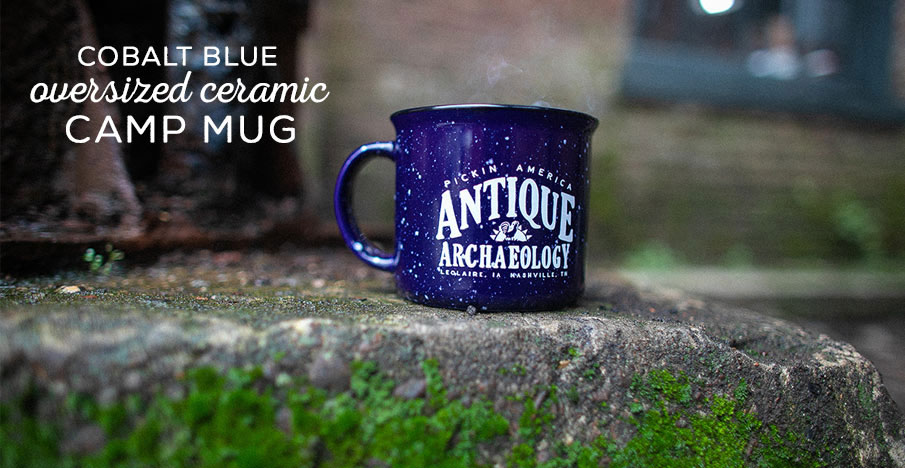 8 thoughts on “Dooky Chase’s: History with a Side of Gumbo”