Around this time of year, we find ourselves getting lost in monster movies and horror novels about swamp creatures and werewolves. We start thinking to ourselves, “What would I do if I came face-to-face with one?” The idea is scary, yes, but how would you react to seeing the ghost of Abraham Lincoln or a soldier stepping out of a painting, or hearing the disembodied scream of a prisoner?

Pull up a chair and lean in close as we tell you the true stories of five haunted places that are here to teach you a few spooky, historical facts that you won’t find in your textbook.

Here’s a house that is said to have been built specifically for ghosts themselves. In 1884, construction began on the home of Sarah Winchester, widow of the famous William Winchester of Winchester Repeating Arms Company. After her husband’s death, she felt her family was being haunted by the spirits of Civil War soldiers and American Indians who died by her husband’s guns.

Sarah used her $23,000-a-day inheritance to build a house for those spirits. She had workers going day and night to build this seven-story sanctuary, all without an architect or blueprint! She had a unique plan to help defend her against her constant torment by these spirits: misdirection.

Sarah filled the Victorian mansion with 160 rooms, secret passages, doors that are dead ends, rooms overlooking other rooms, and staircases that lead nowhere. The idea was to confuse the spirits about her location in the house so she could find some peace. Go visit, and see if you can lose the spirits without getting lost yourself!

Having first opened its doors in 1704 as a rest stop for travelers, General Wayne became a true landmark after hosting George Washington and the Marquis de Lafayette during the Revolutionary War. It was a popular place to rest for a night, but not everyone who arrived was on their way in the morning.

Records show that for more than a few, it was a final stop, among them a Hessian soldier fighting for England and killed (and burned!) by revolutionaries who discovered him there.

Ever since, there have been hundreds of accounts of paranormal events at the Inn . . . apparitions, furniture shifting, and even sightings of a beheaded soldier’s head on a pantry shelf.

Benjamin Franklin was also a guest here, as was Edgar Allan Poe. He wrote part of The Raven at the Inn and carved his initials in a window frame during his stay in 1843.  The Inn is on the National Register of Historic Places and you can explore it for yourself.  If you dare.

Secluded high in the Tennessee mountains near Frozen Head State Park is the castle-like prison of Brushy Mountain State.

For more than a century, its stone walls held some of the toughest, most dangerous criminals in Tennessee.  These inmates knew the only way they’d ever leave was in a box. (One inmate took that literally when he manipulated his body to fit into a 18inX14inbox disguised as roast beef!) Brushy’s most infamous inmate was James Earl Ray, the convicted killer of Martin Luther King Jr.

Ray, who was serving a 99-year sentence, famously organized a breakout with a few other inmates, one of whom was gunned down trying to scale the concrete wall. Ray actually did escape, but his freedom only lasted eight miles and 54 hours before he was recaptured. His Shawshank-like escape route is said to have influenced the most difficult race ever designed, The Barkley Marathon.

Old Brushy has been shut down for seven years, but you gotta wonder how many inmates are still serving a life-AFTER-death sentence there.

The ghost game at this 1765 mansion is scaring people to the point of heart attacks and fainting at the sight of a soldier step out of a painting. As the oldest house in Manhatten, you can imagine that this place holds a lot of stories… and spirits.

Similar to the General Wayne Inn, Morris-Jumel served as a Revolutionary War headquarters for George Washington and again during The Battle of Harlem Heights. Being one of the highest points in Manhattan, the mansion offered clear views of Connecticut, New Jersey, and the entire New York harbor.

At one point, the mansion was seized by the British and the Hessians, but at the end of the war, it was ours. Twenty years later, Stephen Jumel and his wife Eliza Bowen moved in. Eliza, who later married Vice President Aaron Burr (the man who shot Alexander Hamilton in that famous duel in 1804), lived to be 90 and is one of several Revolutionary War ghosts who have been seen in the house over the years.

If you take a tour of the mansion and think you see Eliza, pull yourself together. She’s quite friendly.

Yes. The White House. Built in 1800, 43 presidents have served under its historic roof. (George Washington chose the site for the house and approved the design, but left office in 1797 and never lived there.) Of those 43, eight died in office.

There are piles of paranormal activity reports filed by staff, visitors, and presidents who have heard voices and seen apparitions within those hallowed walls. Abigail Adams, the first First Lady to live there, has been spied carrying laundry down the hall towards the East Wing. Andrew Jackson’s room, the Rose Room, is one of the most haunted, and of course Mary Todd Lincoln famously invited spirits into the house at séances where she attempted to communicate with her dead sons and the slain president.

Abraham Lincoln is the most frequently spotted ghost at the White House. He was often seen during Franklin D. Roosevelt’s term by First Lady Eleanor Roosevelt. She regularly felt Lincoln’s presence while reading in his old bedroom. Winston Churchill claims to have seen Lincoln sitting by the fireplace after emerging from his evening bath.  Even Michelle and Barack Obama report ghosts messing with their feet while they sleep!

Which of these places do you think you would most like to explore after dark? Let us know in the comments below. 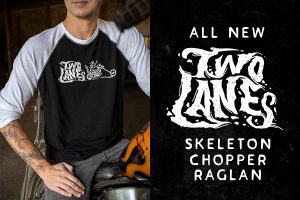