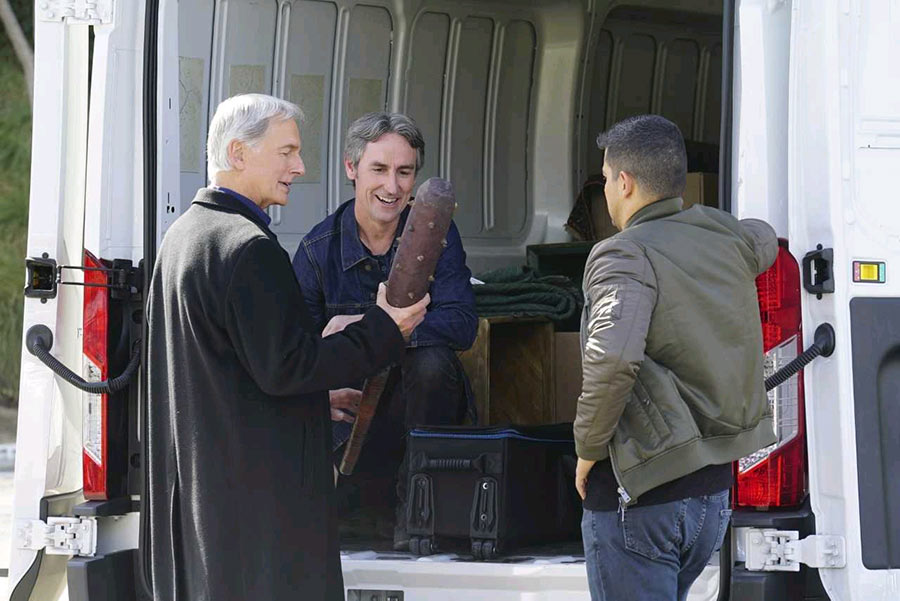 Entertainment Weekly recently shared the news about Mike’s guest starring role as himself for an upcoming episode of NCIS. We’re excited to share it with you! See the original piece HERE

EW has learned exclusively that Mike Wolfe of History’s American Pickers will play himself in a March episode. He’ll come to the rescue of Gibbs (Mark Harmon) and Ducky (David McCallum), both of whom are busy watching Wolfe on TV when they see him handling a 200-year-old war stick that could be a match from a decade-old cold case.

Gibbs tracks down Wolfe, who (natch!) bought the stick from some seller. And voila! The case is re-opened.

The episode will air March 13.

For those who aren’t familiar with American Pickers (and could you not be?), the History show follows antique collector or “picker” Wolfe and Frank Fritz as they comb the countryside for precious items to keep or re-sell. The show’s been on since 2010 and was created by Wolfe. It airs on Mondays at 9 p.m. ET.

Inspired by the old, rusty signs Mike picks out on the road for American Pickers–our new embossed metal sign is just what your garage or man cave is missing! SHOP NOW 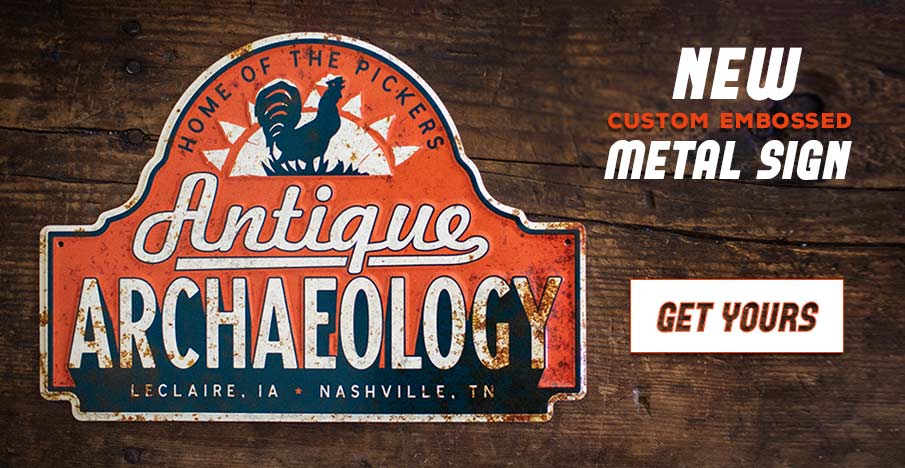