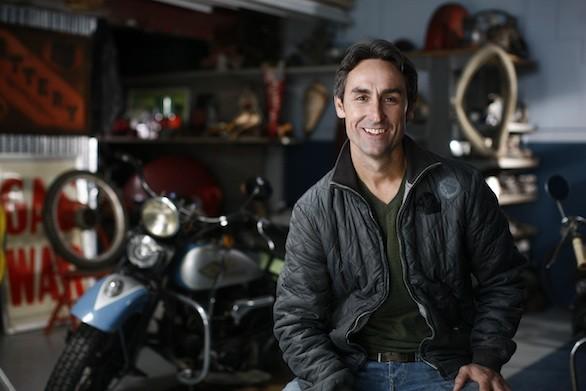 Mike Wolfe will tell you he’s been a “picker” for just about forever.

“When I was 5, I had my first big score when I found a pile of old bicycles in my neighborhood on trash day,” Wolfe of “American Pickers” TV show fame writes on his website. “And I was always bringing home old bottles and other random stuff. I never thought of it as junk: to me, it was beautiful.”

Now the former competitive cyclist wants to encourage children to get into the act. “Kid Pickers: How to Turn Junk Into Treasure,” written by Wolfe and Lily Spengelmeyer, will hit bookstores in April. Before then, Wolfe will appear at the Los Angeles Times Travel Show at the L.A. Convention Center on Sunday to talk about picking and the business he runs called Antique Archaeology.

Wolfe is one of the guys who created and brought History Channel’s “American Pickers” to the American…READ THE ARTICLE IN ITS ENTIRETY HERE.