The Wall of Death & Its Traveling Troupe of Daredevils

Ah….Coney Island, 1911, a time when the smell of motor oil began to intermingle with the scents of popcorn on the carnival midway. The reason? Moto driven sideshow attractions, from Monkeys driving cars to men on motorcycles. One of the most thrilling of those sideshow attractions? The “Wall of Death”. 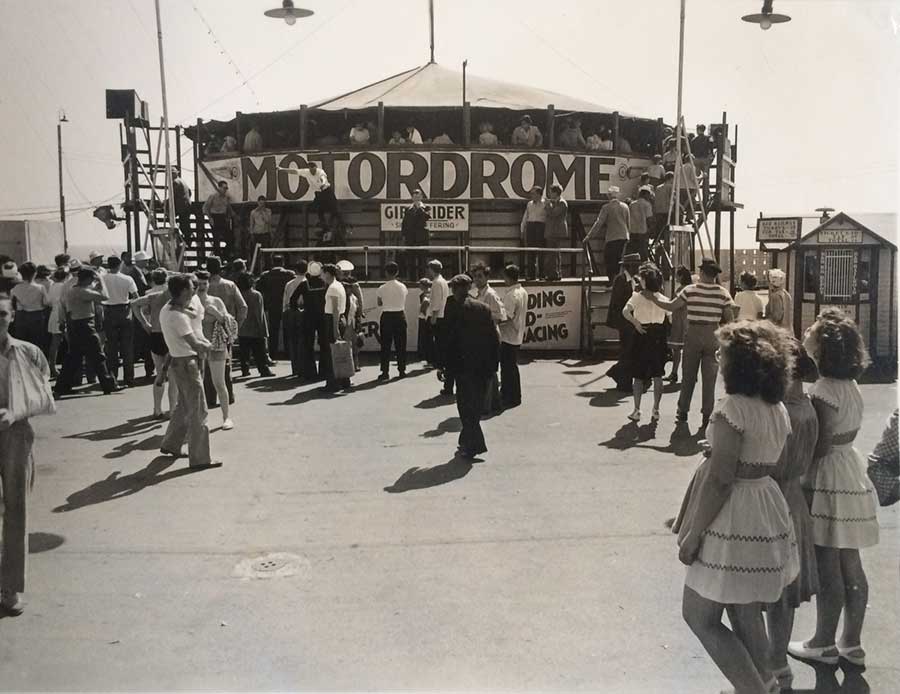 What is The “Wall of Death”

The Wall of Death, or motordrome, originated as sloped wooden tracks for bicycle racing. As happens with transportation progress, once motors were introduced, the Wall of Death grew faster, taller, and more daring. The concept started in the early 1900s with the first carnival motordrome track at Coney Island in New York. Within a year, portable tracks became a staple at traveling carnivals, carrying the entertainment across the country. By 1915, the silodrome, which had 90-degree vertical walls, was introduced, and by the 1930s, there were more than 100 of the tracks crisscrossing the US as carnival and amusement park sideshow entertainment. Motorcycle and small car stunt drivers, using centrifugal force, began on the silodrome floor, driving in circles at higher and higher speeds until climbing the walls, offering death defying entertainment to audiences who were watching from above. 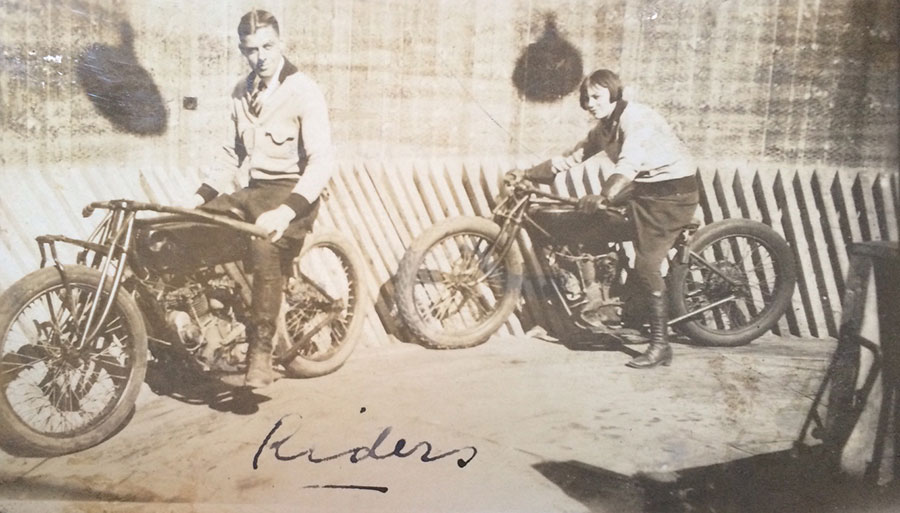 Riders of The Wall of Death

Wall of Death riders may have been adrenaline junkies before the phrase “adrenaline junkie” even existed. “Suicide” Bob Perry’s first career was with the motor squad of the New York Police Department. He must have needed more excitement. Not only did he become the ringleader of what was to become one of the first Wall of Death troupes that many people would ever see, but he was also most well known for “raising the hair of the crowd when he careened around without holding the handle-bar.” Bob Perry was joined on the wall by Fearless Billy Ward, whose specialty was his “dips of death”. As he circled the wall at top speeds, Billy Ward would travel up the wall to just below the safety line and then dip, almost instantly, to just above the floor before shooting up the wall again. 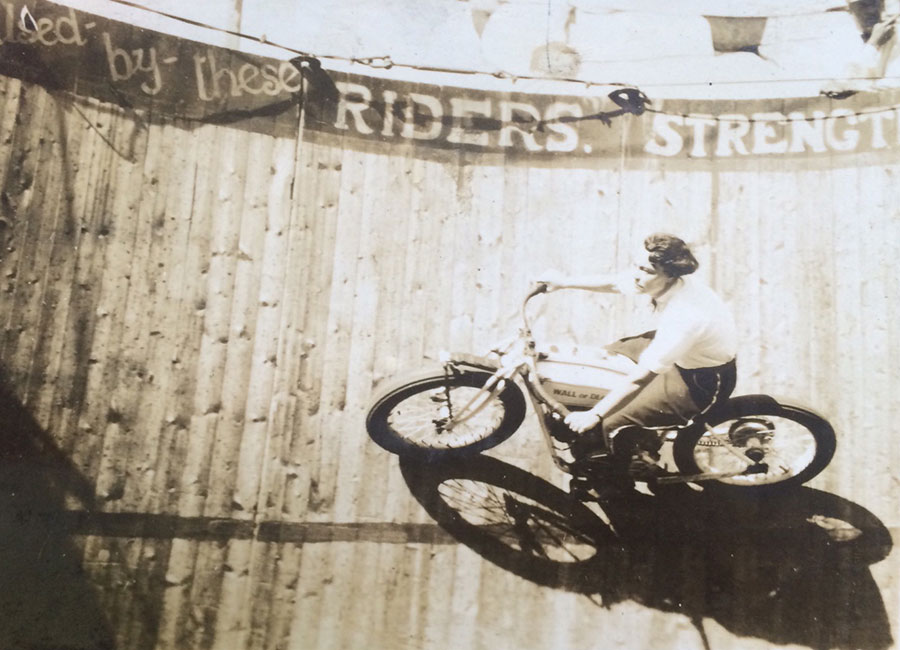 Women Are Daredevils Too

Never be mistaken in thinking that all the Wall of Death daredevils were men. Long before the era of Women’s Liberation, fearless motorcycle riding women had earned their place on the Wall of Death among the men. Women like “Suicide” Bob Perry’s sister, Marion, were just as death-defying as he was. Every bit the equal to her male counterparts on the wall, Marion has been described as having “pluck and daring” while appearing to be “charming and kindly”.

Daredevils of the Wall Hit the Road

More than just daredevils, “Suicide” Bob Perry and his band of daring riders were nomads as well. Having toured the US with his death-defying motorcycle antics, Perry eventually gathered together his trio for the purpose of touring overseas. For many years, as one more than 20 amusements in the Coney Island traveling amusement park, Bob and Marion Perry, joined be Fearless Billy Ward, toured England, France, Germany, and eventually South Africa. Pioneers of their attraction, their time in South Africa was met with rave reviews as they brought the Wall of Death to many towns that had never seen anything like it before.

The Wall of Death in the Modern Era

In the modern era, there are very few motordromes and motordrome stuntmen that remain active. Those that do, such the American Motor Drome Company, use early Indian Scout motorcycles to offer audiences a glimpse into how many of the shows appeared in their original glory days. 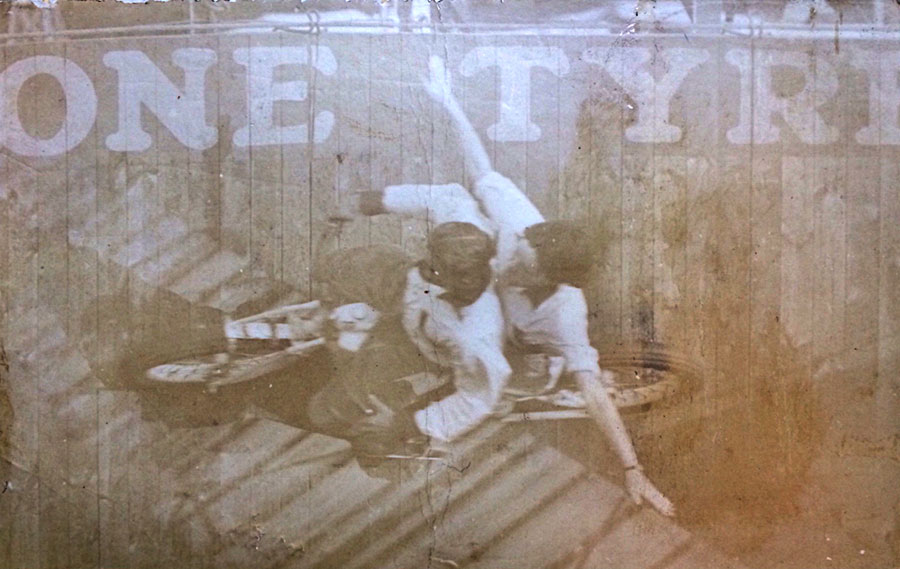 Before you attempt the Wall of Death, make sure your ride is ready to roll. Pick up a 3-pack of our trusty Antique Archaeology shop. Perfect for drying, wiping, and cleaning your motorcycle. SHOP NOW! 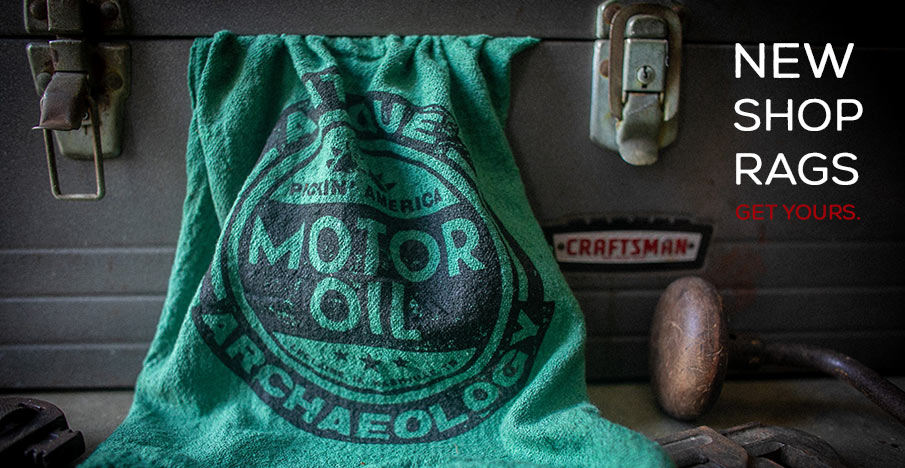 20 thoughts on “Daredevils of the Wall of Death”