Mike Wolfe doesn’t want anything for 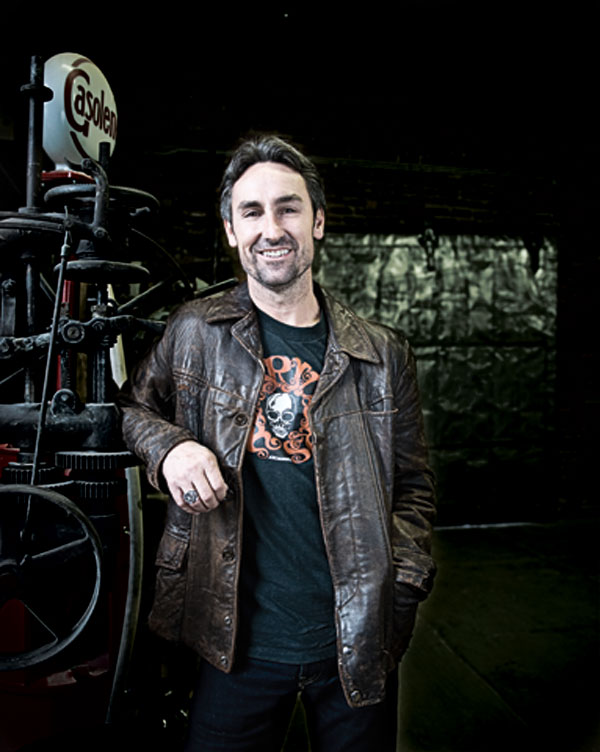 Christmas. Over the last 12 months, he’s gotten pretty much everything he ever wanted.

For example, in January, the reality show concept he’d been pitching to networks for over five years finally made it to the small screen, courtesy of the History Channel. American Pickers — a show that follows Wolfe and his business partner Frank Fritz around the country as they search for cool junk and quirky collectibles hidden in the garages, attics, basements, barns and even garbage cans of everyday people — was an instant success. (With an average audience just north of 4.5 million, AP is the most successful cable reality debut in 2010.)

Then, in July, Wolfe closed on a swell new vacation home just off the main drag in Leiper’s Fork (he and his longtime girlfriend Jodi Faeth have been frequent visitors to the bucolic Williamson County burg for almost a decade). Around the same time, he announced he was expanding the retail sector of his Iowa-based antiques business to Music City.

Wolfe plans to open the second location of Antique Archeology next April (the original is in tiny Le Claire, Iowa). The store will fill a 3,000-square-foot space on the ground floor of Marathon Village, the handsome former car factory in north Nashville that’s currently hosting mainly offices and artists’ studios.

“I’ve been doing business in Nashville for years, selling to private clients, interior designers, photographers and prop stylists here, so opening here just seemed like a smart thing to do — and it’s time that someone brought retail to Marathon,” he says. “I feel so lucky to have that space. It feels like I asked Nashville to marry me, and she said yes.”

Wolfe says that he relishes the chance to create a special retail space catering to fans of his show…. READ THE ARTICLE IN ITS ENTIRETY HERE AT NASHVILLESCENE.COM.