Mike as featured in People Magazine. Mike answers a few frequently asked questions below. Learn about when he started picking, what he thinks is his best find, and how much he keeps for his own collection. 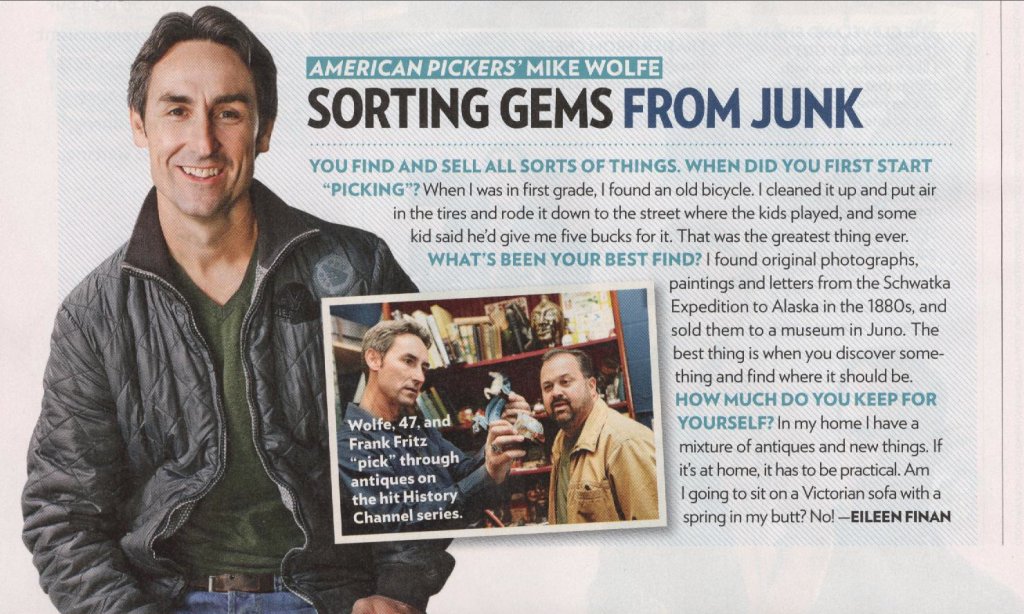