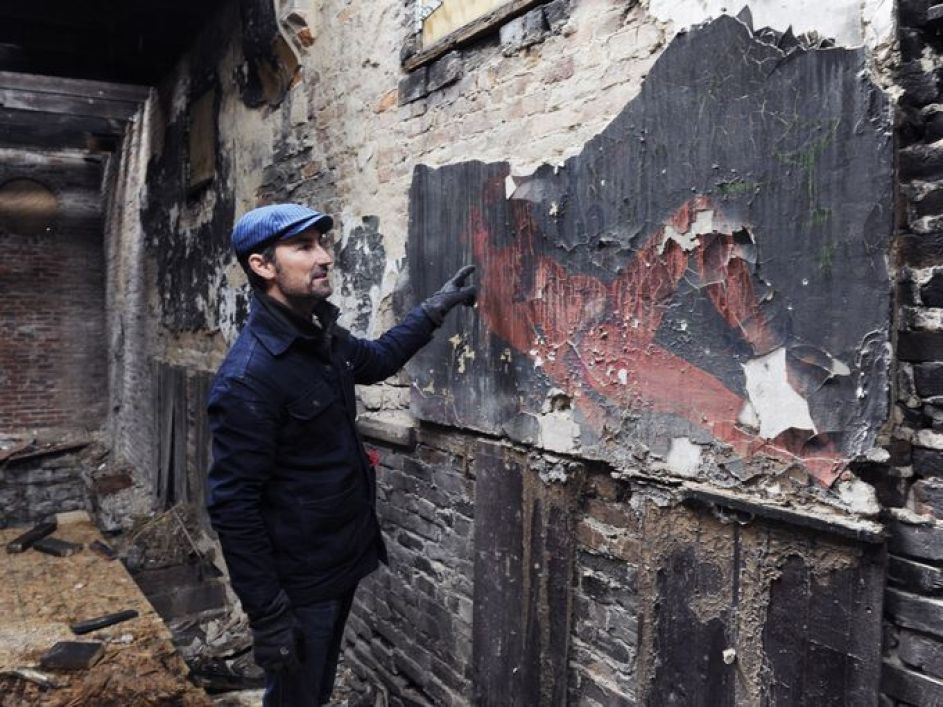 After a year and a half of collaborating with contractors and architects on the restoration of an 1898 building that many people said would just end up as a big pile of bricks, Mike is proud to unveil his latest preservation project!

Located on Jo Johnston Street, minutes from the honky-tonks of downtown Nashville, (and just down the block from Antique Archaeology’s front door) now stands a fully restored two-story brick building, the most recent addition to the vintage Marathon Village community. The space, which in the century before it fell into ruin housed everything from a grocery store to a dancehall to a restaurant, is once again open for business in Nashville.

We will let Mike show you around…

“I approach all these projects the same by trying to learn as much as I can about the building. I wanna know what its purpose was, what time period it stood in, and how it was significant to the community. The buildings I’m tethered to have to be more than historic structures; they also have to be located in historic districts. My home in LeClaire, for example, was built in 1860 as a general store. Even my Antique Archaeology shop is located in an old car manufacturing plant from the 1880s. Along the way, I’ve learned that when it comes to working in/ restoring these you gotta consider how you can honor their history while making it possible for them to succeed in the present.” 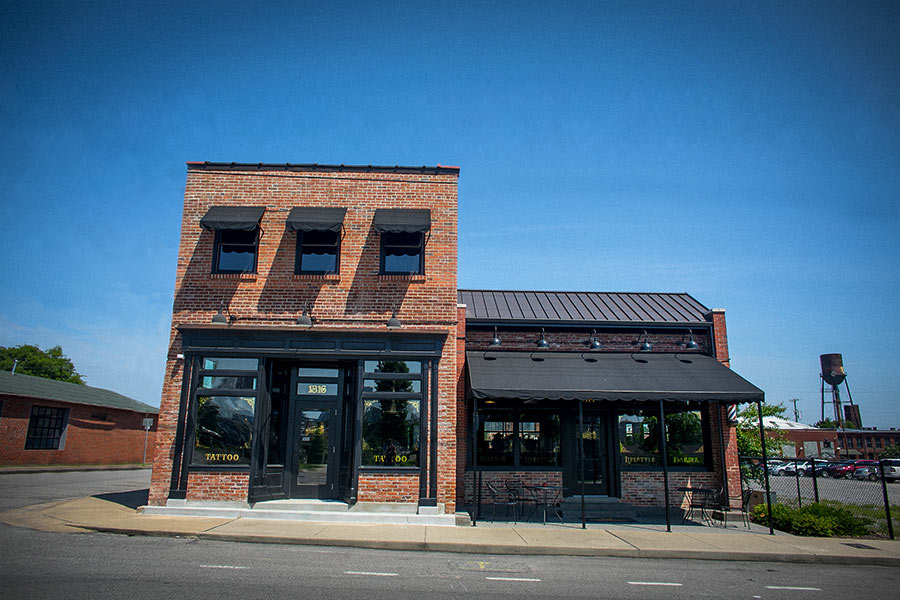 “Here’s the street view of the place. I’m standing on the corner of 14th Avenue North and Jo Johnston. If you turn to the right, you can see the Nashville skyline and practically hear the music from Broadway. Anyone who has ever visited Antique Archaeology will quickly recognize the water tower of the Marathon Motor Works building where the shop is. Like I said, this building was constructed in 1898. When you look at the before photos, you’ll see just how little of the structure was still holding on.” (Gold leaf window lettering by Canned Pineapple) 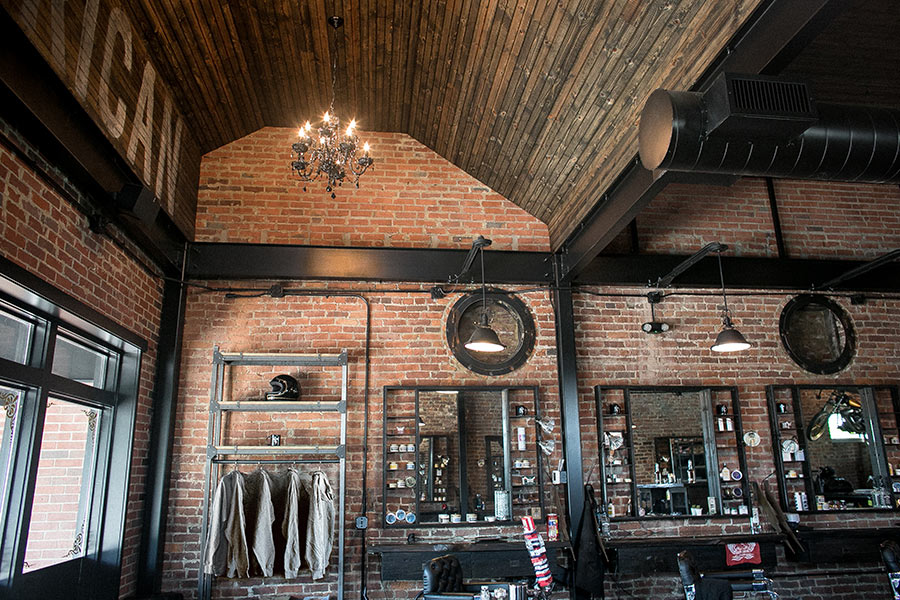 “Check out that iron skeleton! You see that up there? That’s supporting the roof and second story.” 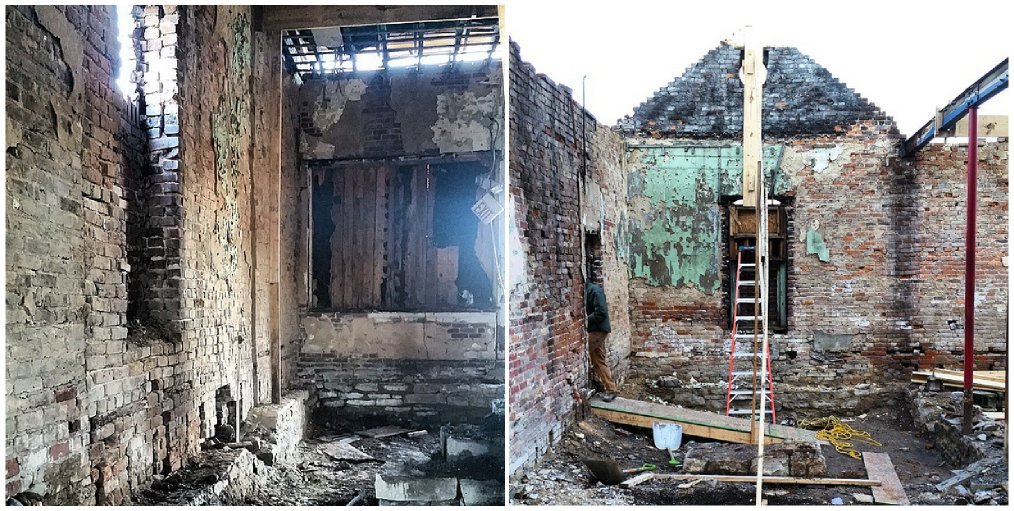 “The state it was in before was pretty rough, as you can see. It was so bad, it took me a long time to even find a contractor who would take it on. I had a number of them tell me I was gonna end up with a pile of bricks sitting on an empty lot. I wasn’t intimidated, though. I just needed to find the right company to match my passion and determination on the project.” (Dowdle Construction Group and architect Nick Dryden) 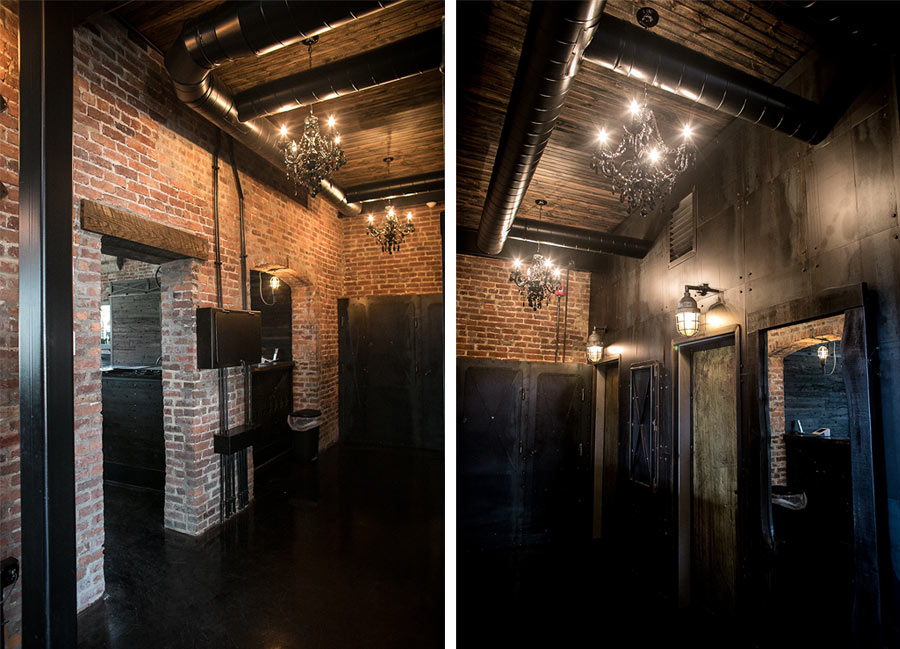 “We really wanted to make sure we gave the place an open floor plan to accommodate it as a future retail space. With a few modifications, we were able to give it a modern upgrade in a timeless way.” 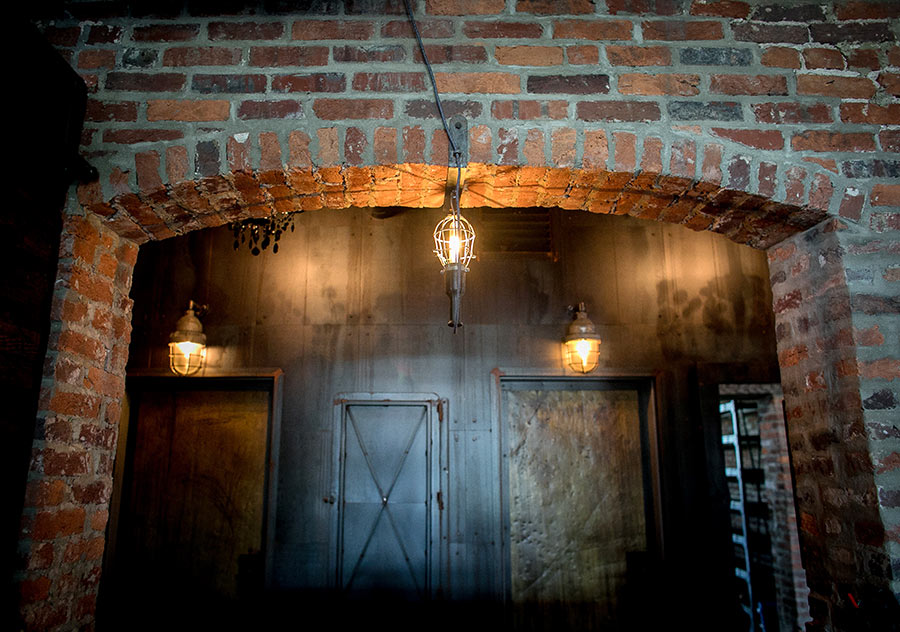 “These bricks are the storytellers of the space. They’ve been part of the location for more than a hundred years! Salvaging as many of them as possible was a huge priority during this restoration.” 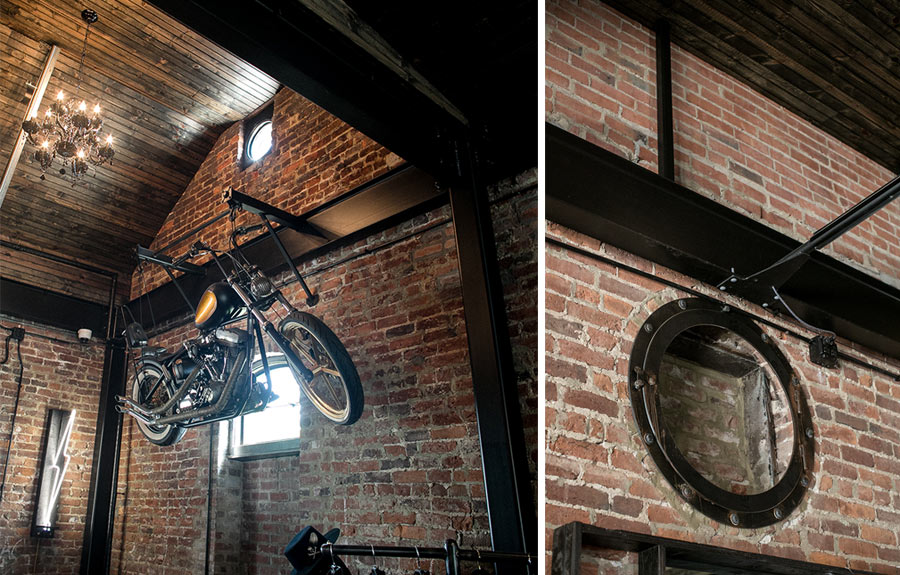 “I insisted on leaving the brick walls exposed versus smothered in plaster. It’s a reminder of the many lives this building has had. Almost takes you back in time for a minute and you’re able to imagine this place as the grocery store for the community it once was all those years ago.” 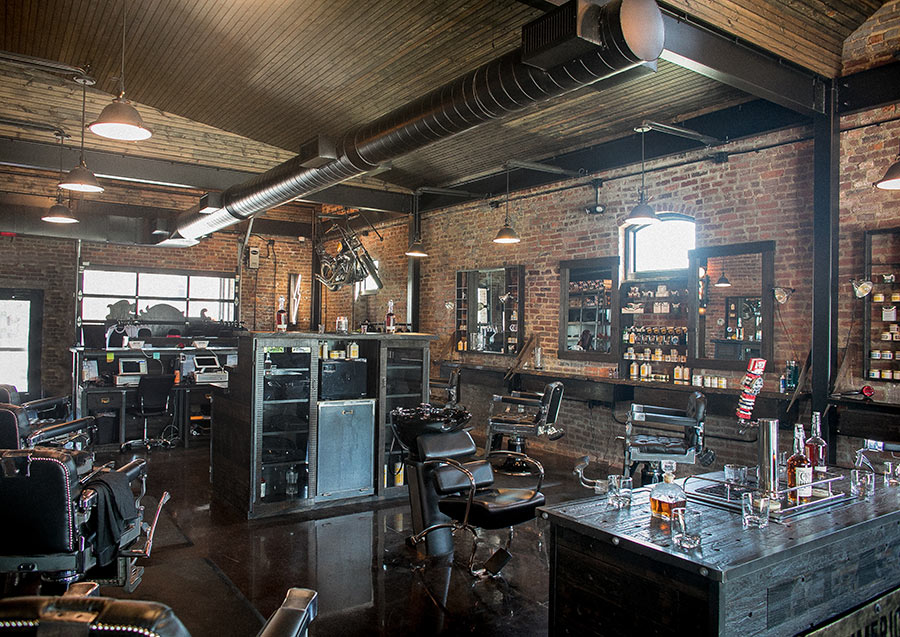 “The interior has a real industrial vibe to it with the concrete floors and iron beams. The additional windows draw lots more natural light inside too.” 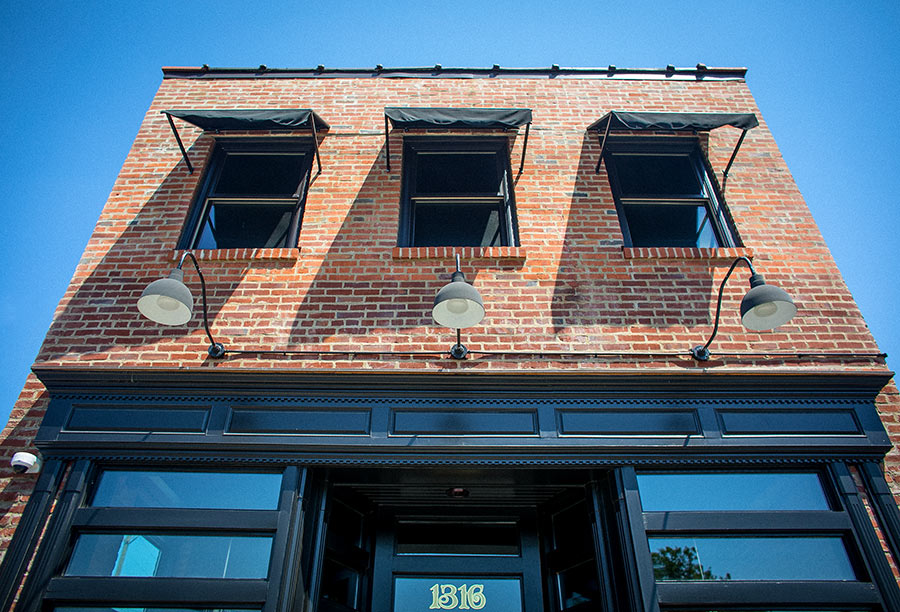 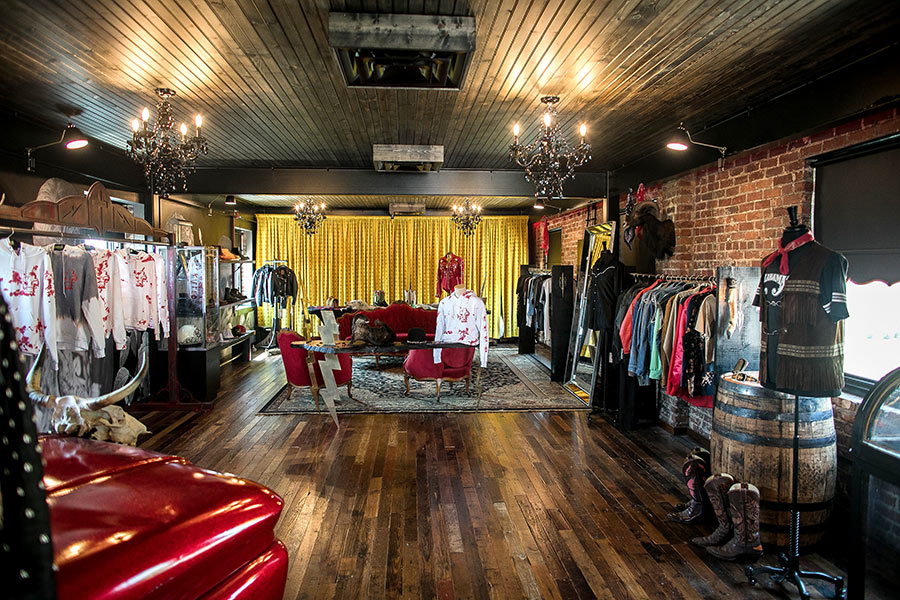 “The upstairs area features salvaged wooden floors that give it more warmth – a different feel from the concrete floors downstairs.” (Floors by Garlan Gudger of Southern Accents Architectural Salvage)

“Whether it’s a building in a historically significant part of town, or one that’s traditionally important to the local community, or even one that simply has an interesting story all its own, each one is special. With neglect and rapid development threatening the architecture that makes every city unique, there has never been a better moment to be part of the generation that rescues history. I encourage everyone to join the preservation efforts in their own town in any way they can.”

The current tenant of the Jo Johnston property is Slumerican

Features an arrowhead with a Two Lanes landscape inside it and our “Less People. More Life” moto for back road travel. Reminds us of rolling up to a National Parks sign or our favorite camp tee.  American Made.  SHOP NOW 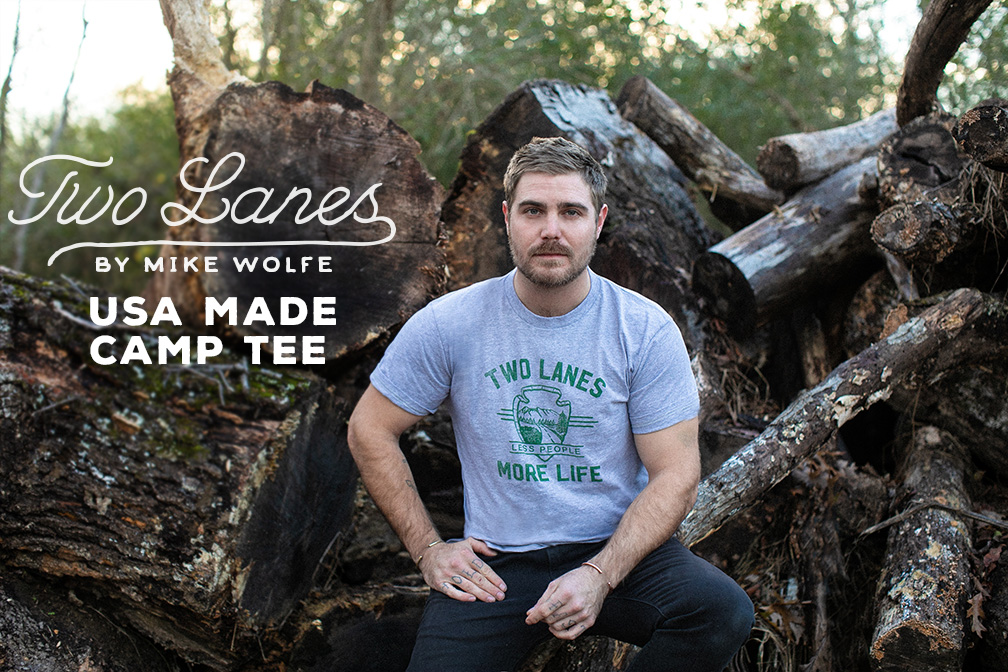