Founder and Lead Designer Andrew Davidge of Vintage Electric Bicycles and his team go far beyond building bikes. They are establishing a brand that creates beautiful products that are built to last while putting smiles on the faces of customers. Their small team in Santa Clara, California are creating products that not only look timeless but are – guaranteeing to stand the test of time.

Andrew started the company in his parent’s garage the year he graduated high school. Quickly growing out the garage, he moved into a small industrial space and has been building bikes non stop ever since.

Not only are we fans of the bikes, but we also love how this crew acquired their training that so skillfully goes into each piece. Four of the small team of eight went to high school together, learning from a high school metal shop that taught them the skills needed to build each bike. “That class has created many successful careers not just for Vintage Electric and we’ve learned it is now being shut down. Like many shop and trade classes, people do not see the value in teaching our youth how to be hands-on. I hope our brand can change the mind of just one or two schools who want to cut shop classes”, adds Andrew.

Mike received his own, the Tracker, a few months back, and it’s been cruising the two lanes since. “These bikes have a quick, responsive silent power… it’s like flying! I dig the way their style meets innovation. The team has poured their heart and soul into this project and it shows”, says Mike of his own Vintage Electric.

Check out these specs: The Tracker (formerly named E-Tracker) is roundly retro—all WWI-era motordrome racer lines topped with a Brooks leather saddle—but it’s boosted by a thoroughly modern electric motor. The rear-hub-mounted drive has two settings: a 750-watt model for tooling around at 20 mph and a 3,000-watt mode that’ll let you zoom down country roads at 36 mph. It takes two hours to charge with a range of 35 miles. See why we can dig it?

For ordering information and more about the company, check out Vintage Electric Bicycles HERE. 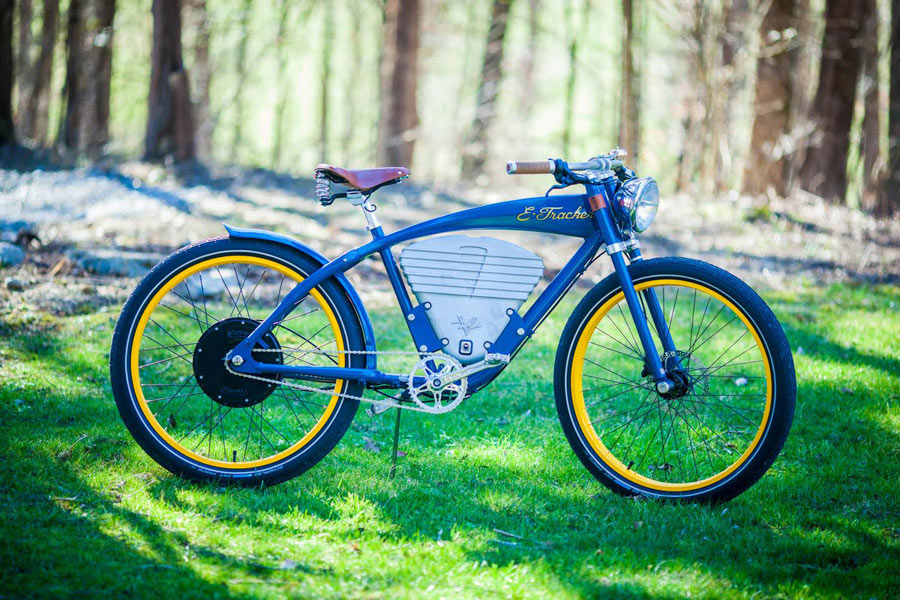 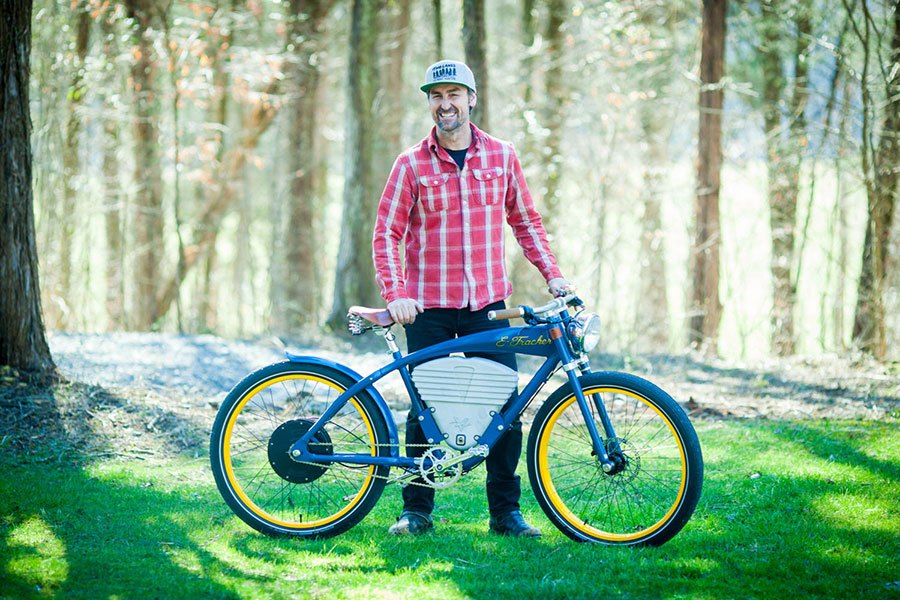 Our most popular hat features a woven patch with our famous rooster, both cities our shops are located in and our “Respect the Rust. SHOP NOW! 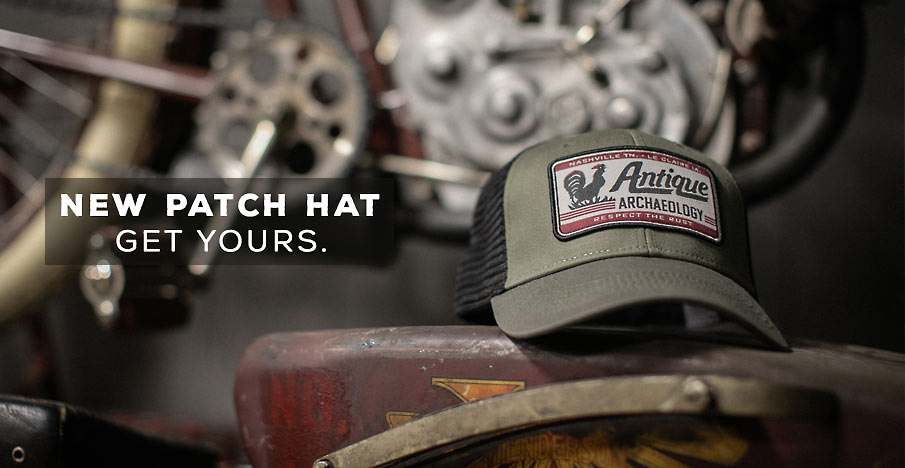